This Tuesday, a rare performance of a Feldman masterpiece 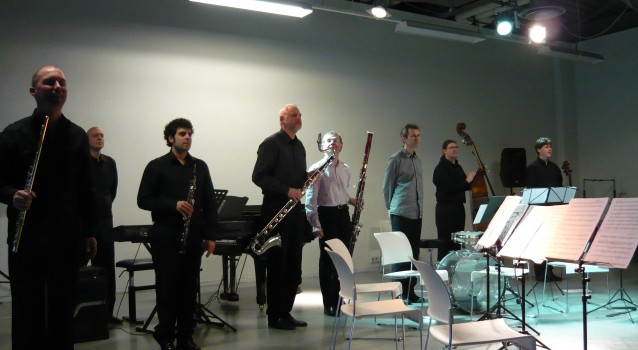 This Tuesday at Felix Meritis, the Ives Ensemble will play their second concert of the series News From the Front, an eight-part collaboration between the Ives, Van Swieten Society and Asko Kamerkoor. The music played is Piano, Violin, Viola, Cello, the final piece of eminent American composer Morton Feldman. END_OF_DOCUMENT_TOKEN_TO_BE_REPLACED

END_OF_DOCUMENT_TOKEN_TO_BE_REPLACED

Collecting the Future: participants in urban forum in Turkish city of Sinop 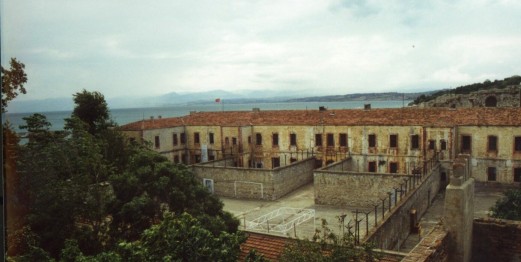 We have been invited to participate in an international forum, focusing on the role of the arts and culture in urban development, in the Turkish city of Sinop from September 7 – 18. Poetically named ‘Collecting the Future‘, the project takes place in an abandoned prison complex and aims to raise the awareness for local heritage (preservation) in a rapidly changing city with a complex history. Foreign urbanists, curators and artists will share their expertise with local experts and residents in a series of lectures, public discussions, publications, workshops and art projects.

We are planning to do a mapping project and walkshop, inviting local participants to visually mark historically and/or personally significant locations within the city. Combining tags, mobile phones with cameras and written notes, we will make a map that draws attention to hidden locations and objects – a favorite view of the city, a crime scene, a secret passage – and present it online and in a small scale exhibition. We will keep you updated during our stay. In the meantime you can get more information on the Collecting the Future website.

This project  is the extension of the 3rd Sinop International Biennial which has been realised last year and is supported by the EU. Project partners are AltArt from Romania, Felix Meritis from Netherland and Collabor.at from Austria. Nuova Icona from Italy, City Council Youth Assembly of Sinop, Sinop Young Businessmen Association as well as the Romanian Cultural Institute are the associates of the project. 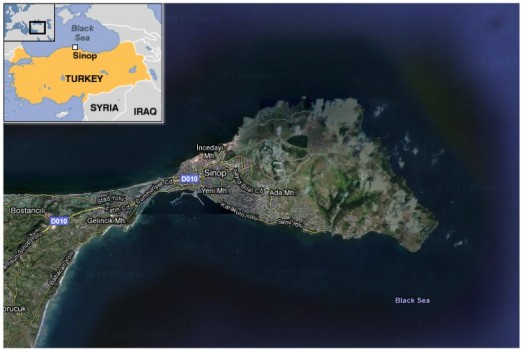 Sinop
Sinop is situated on the northernmost point of the Black Sea coast of Turkey. The city has a population of 36,734 and dates from the 7th century BC. For thousands of years Sinop has been a strategic point in the cultural and trade systems of the Black Sea Region. The port of Sinop has been a host to many civilizations, including Bronze Age, Greek, Hellenistic, Roman, Byzantine, Seljuk and Ottoman. Although the city was an important centre for shipbuilding during the Ottoman period, it lost its function during the transformation of the empire.

In 1887 the historical dockyards were converted into a prison complex. As a result, the shipbuilding and commercial centre of the past became a prison town and was left to poverty. The geographical position of Sinop, on a foreland with only a single entry point, also contributed to the isolation of the city.

Because of its strategic location, Sinop had a US military base which closed in 1992. The irony is that the Americans were looking at Russia from their Sinop base for intelligence during the Cold War era, but at the same time Sinop is known as a rather leftist city in Turkey. In the 1980s coupe d’etat in Turkey many educated leftist and cultural people were imprisoned in the infamous Sinop prison that is now a museum and site of Collecting the Future and the Sinop Biennal or Sinopale held by the Istanbul based European Culture Society since 2006.

Sinop entered 20th century as an isolated place from the world. The isolation of the city created other problems such as economic recession, unemployment and migration of young people from the city. The main employment facility of its citizens was the NATO base. After the collapse of the eastern bloc there has been no need for the NATO base in Sinop, which made the economy even worse and the main employment area was closed. After a long period of isolation, Sinop is now in the opening up process.