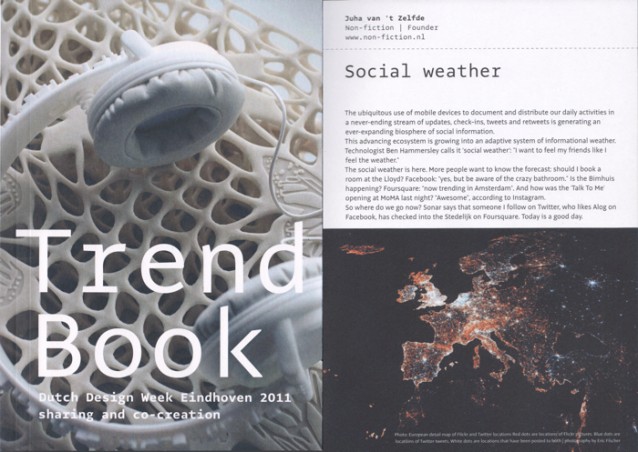 This advancing ecosystem is growing into an adaptive system of informational weather. Technologist Ben Hammersley calls it ‘social weather’: “I want to feel my friends like I feel the weather.” END_OF_DOCUMENT_TOKEN_TO_BE_REPLACED

END_OF_DOCUMENT_TOKEN_TO_BE_REPLACED

28 April: Hear it! at the Stedelijk Museum 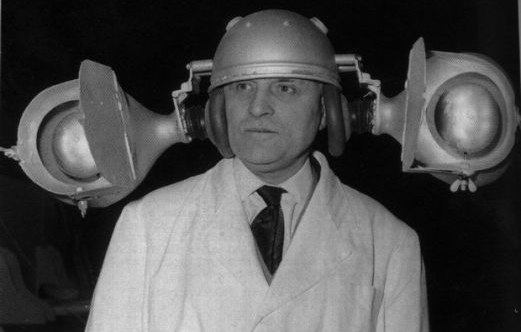 “I don’t separate ‘Sound Art’ from ‘music’. I am one person; my ideas come from the same place.”

A playlist for the museum
Hear It! is presenting a playlist of these different types of work with sound, and is presenting different generations of musicians and artists who work with sound in their own way. This evening does not aim to provide a historical cross-section of sound in the arts, but is a personal playlist of works from the collection of the Stedelijk Museum and performances by (international) artists and musicians who are exploring the limits of the building and sound. The evening was organised intuitively by listening carefully to the building, the collection and the public, and is possibly most comparable to the way in which a DJ works, or to the musical experience you have with Soundcloud and Spotify. That is why there is a mixed succession of a Siren, a Norwegian DIY band, a Gregorian choir and the public which assumes the role of composer and performer, amongst others.

The sound of now, since 1952
It is now almost 60 years since director Willem Sandberg embraced music in the Stedelijk with his famous series ‘The Music of Now’ in 1952. Sandberg’s view was that the museum should provide room for other art forms than visual art as well, including contemporary music. Since then contemporary music has assumed many different forms and is described in various ways: as experimental music, sound art, sound performances, sound sculptures and audio culture. Some musicians call themselves ‘artists’ and some artworks are characterised as being ‘musical’. It is not always completely clear, but what is evident is that there is great deal happening at the point where the visual arts, music and sound come together.

Another update from Juha, having just recovered from the flu. Michiel has been ill too – way to go Non-fictionites. These past days have been all about the North Sea Jazz Festival, and a little bit of balcony gardening. 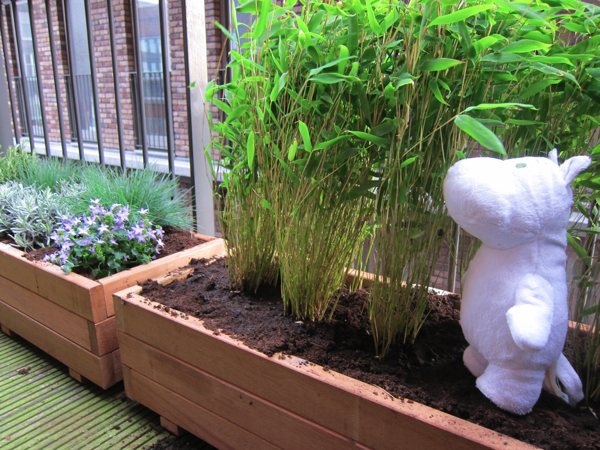 Already after the first time I give up writing a weekly update. I admit, I’m not disciplined enough. I will now rename it “randomly timed update of current affairs.” See, much better.

What happened this time? Apart from discovering that it is possible to garden on a balcony on the 4th floor, and by doing so becoming a Foursquare mayor of my local garden supply store, I have spent most of my time on finishing my proposal for this year’s North Sea Jazz Festival. Although I have a background mostly in beat driven electronic music, playing jungle, dubstep and other asymmetric electronic music as DJ at festivals and club nights, in the years of working for Kadir Selçuk and Huub van Riel in Lantaren/Venster and the Bimhuis since 2005, I have developed an interest in electroacoustic improvised music. Early concerts I did were with Jacob Kirkegaard, Christian Fennesz, Philip Jeck and BJ Nilsen, who are all part of the unsurpassed London music label Touch. Later on I collaborated with Yuri Boselie on inviting abstract beat  producers like Flying Lotus and Hudson Mohawke to the Bimhuis on the Beat Dimensions nights. And in between I worked with Alog, Stephen O’Malley and Icarus.

These experiences have led to the invitation by the North Sea Jazz Festival, to programme two stages: one with beat-driven music (Yukon), and one with electroacoustic improvisation (Volga). It’s a great honour to bring my favourite musicians to my old hometown, and I find it incredibly encouraging that such a big and respected festival is open to new developments, and reserves an important part of its line up to these cutting-edge musics. We are in the midst of booking the musicians, and hopefully within a few weeks we can present an allstar line up of stellar artists. The Yukon stage on Friday 9 July will present a new generation of beat makers, the Volga on Sunday 11 July multiple generations of electronically aided improvisors.

As for the garden, it looks stunning. I just hope the grass and bamboo will survive the heavy winds. At least there’s a Moomin looking after them. 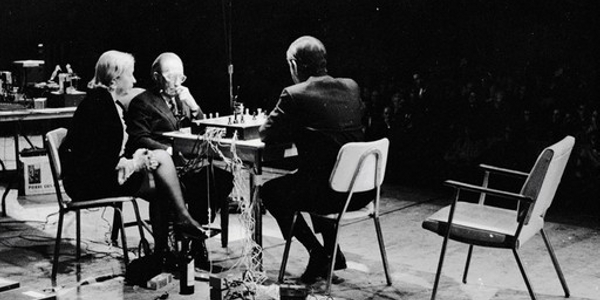