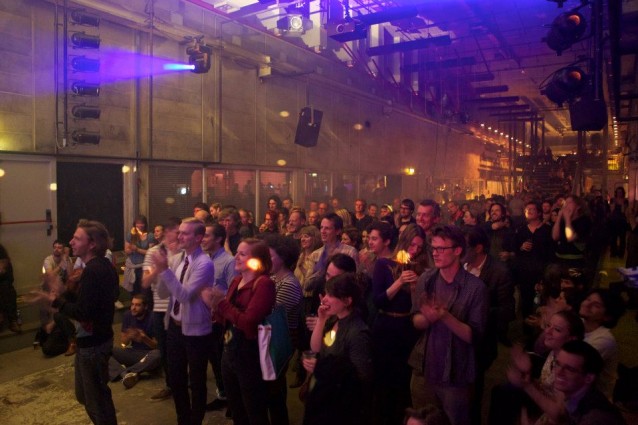 On April 19, the Stedelijk Museum and Non-fiction organized an evening at TrouwAmsterdam both about and with sound art, as part of the series Temporary Stedelijk 3 – Stedelijk @ TrouwAmsterdam/De Verdieping. Leading artists and musicians responded to the question: What does a building sound like?

Around 400 people attended the evening and we got some nice reviews from Kunstbeeld, Kindamuzik and from Fluid Radio‘s Nathan Thomas who flattered us with his final remark:

Credit must also be given to Trouw, whose ‘De Verdieping’ initiative of hosting cultural events has been one of the more positive and constructive responses to the economic crisis and the savaging of arts funding so far. Was the sound we were hearing at ‘Playing the Building’ really that of the future arts institution?

Because of the printing presses once housed in the TrouwAmsterdam, the building is so well insulated that it has acquired a special acoustic character. During Hear It! (Part 2) – Playing the Building, artists played in various parts of the angular 1960s building in order to show the spatial and acoustic qualities of the impressive architecture originally designed for machinery.

The clubroom of TrouwAmsterdam, the restaurant, De Verdieping, the Hall, and the machine room were filled with sounds and installations that turned the architecture into sounds and images itself.

In addition, video and acoustic works from the Stedelijk Museum collection made appearances in different places in the building. These included works by Bruce Nauman, Gary Hill, and Marina Abramović. The Nederlands Institute for Media Arts contributed to the evening with a selection of video works that will stretch the boundaries of the building.

Hear It! (Part 2) – Playing the Building was the follow-up to the successful Hear It! Performance, an evening which was organized by the Stedelijk and Non-fiction as part of Temporary Stedelijk 2 in April 2011. That sold-out evening about sound in the visual arts presented a “playlist for the Stedelijk,” including performances by Paul Panhuysen, Claron McFadden, and Carl Michael von Hausswolff, and works by Dick Raaymakers, Pierre Bastien, and La Monte Young.

Here are some images (all photos by Ernst van Deursen): 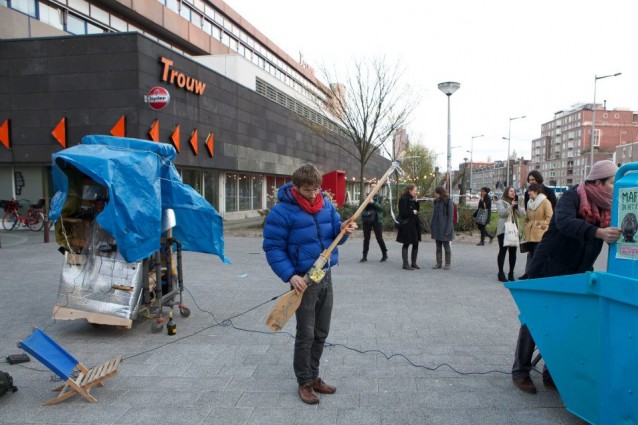 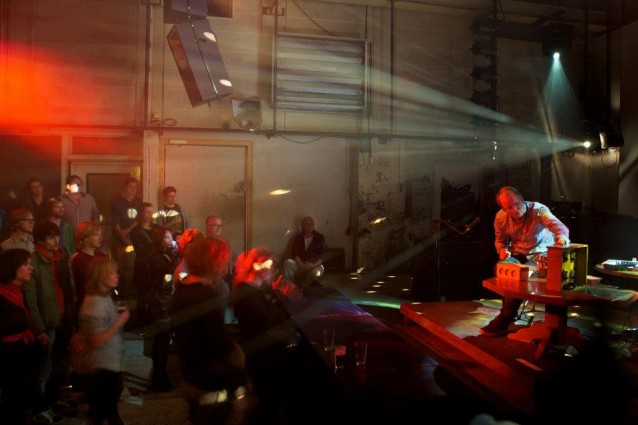 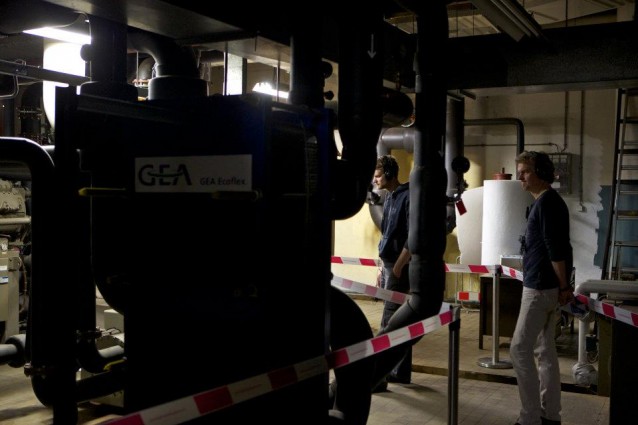 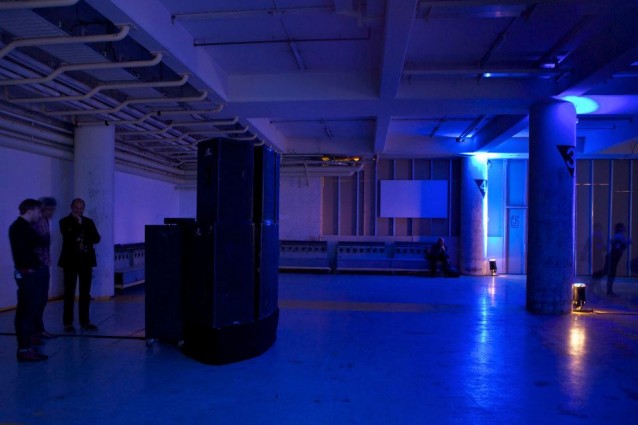 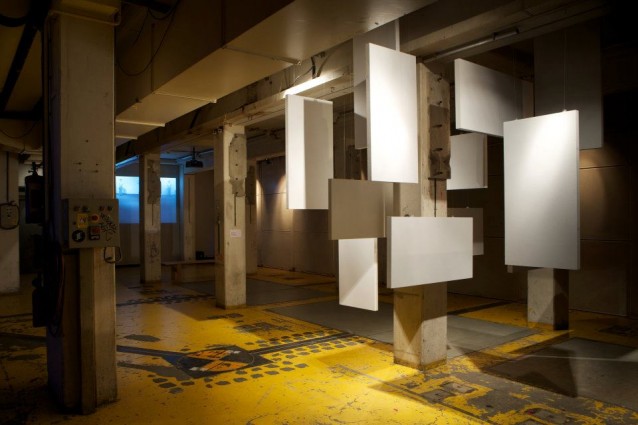 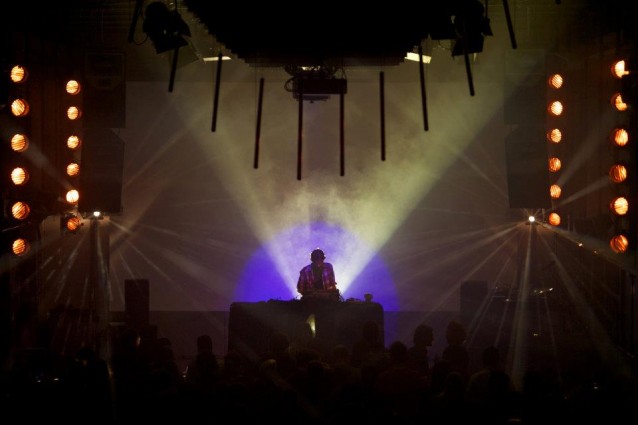 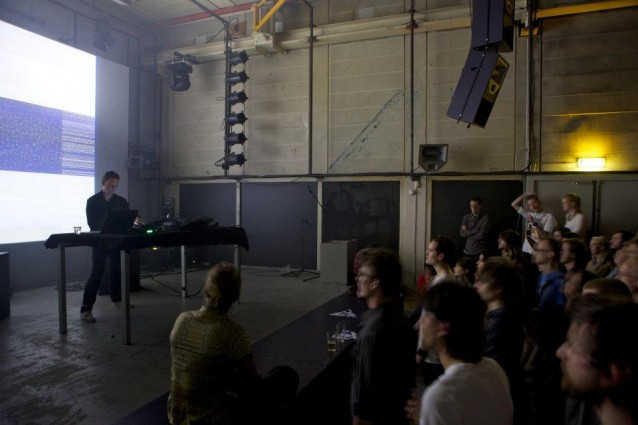 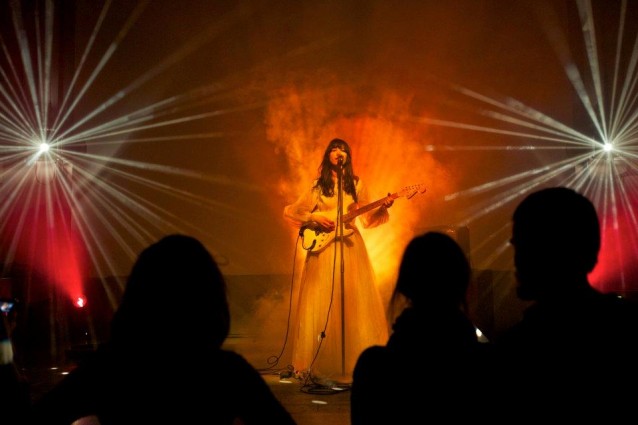 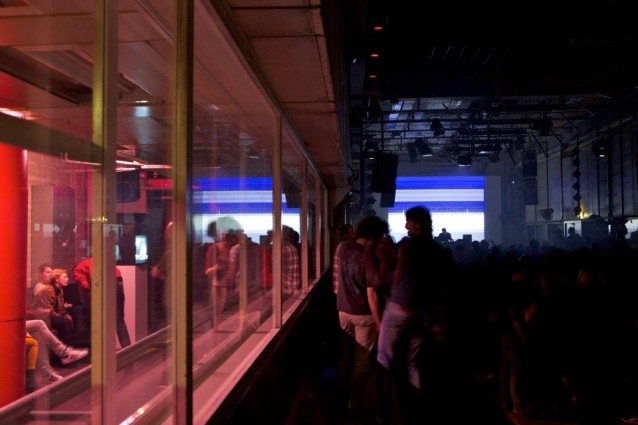