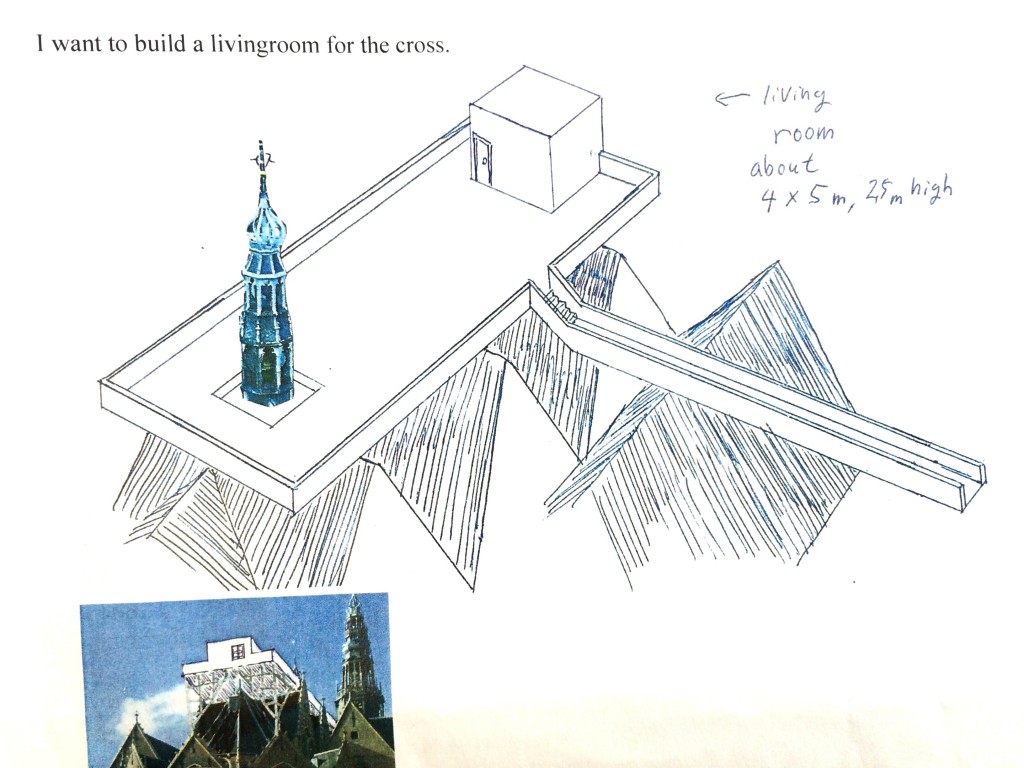 From 26 June to 6 September, commissioned by the Oude Kerk, Japanese artist Taturo Atzu (formerly known as Tatzu Nishi) presented a temporary platform on the roof of Amsterdam’s oldest building. He offered visitors a unique vista of the red light district while simultaneously giving access to an architectural domain normally hidden from public view. For ten weeks The Garden Which is the Nearest to God – a summery panorama terrace – transformed the roof of the Oude Kerk into an exhilarating attraction; its unorthodox function offering us new sights and insights. Troughout the summer Non-fiction curated a public programme based on Atzu’s installation: Come Closer.

Come Closer: 12 evenings on top of the church
In the midst of a city in motion, Come Closer offered a moment of reflection, while also activating the platform with subtle interventions. Every evening a selection of artists, scientists, musicians and other guests shared a new perspective, performance or conversation with the audience. High above the city in the open-air, each night an intimate and concentrated communal programme took place, as a new take on the hagenpreek (open-air sermon). All twelve evenings were sold out.

Among some of the events were: a performance by DNK-ensemble and artist Riley Harmon, a lecture by astronomer Sera Markoff on the idea of infinity, a performative lecture by philosopher Patrick Healy, a theatre piece by Wunderbaum and a conversation between artist Hans van Houwelingen, theologian Jan-Jaap Stegeman and anthropologist Pooyan Tamimi Harab about art that discloses itself between the secular and sacral. 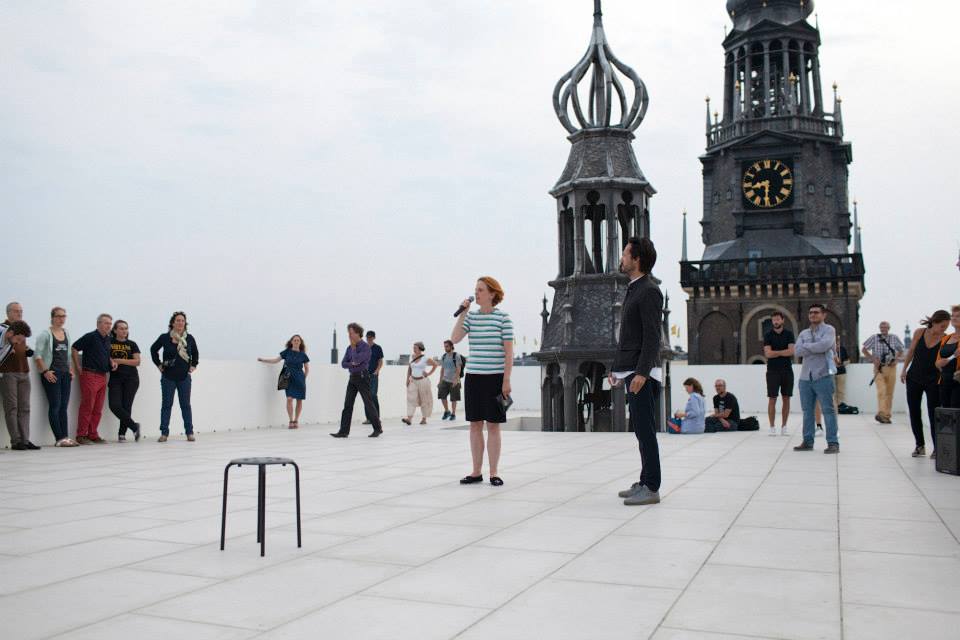 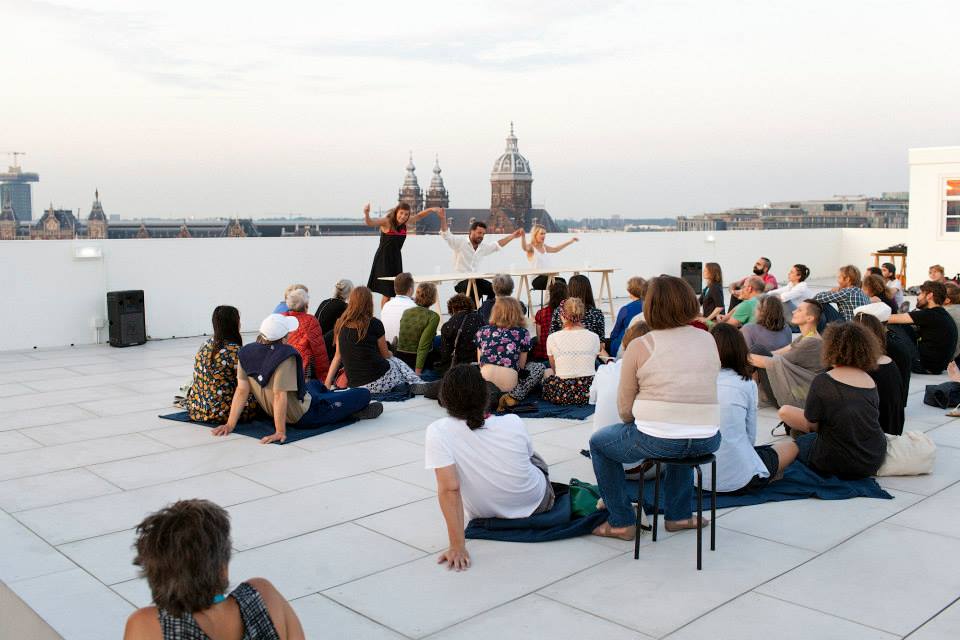 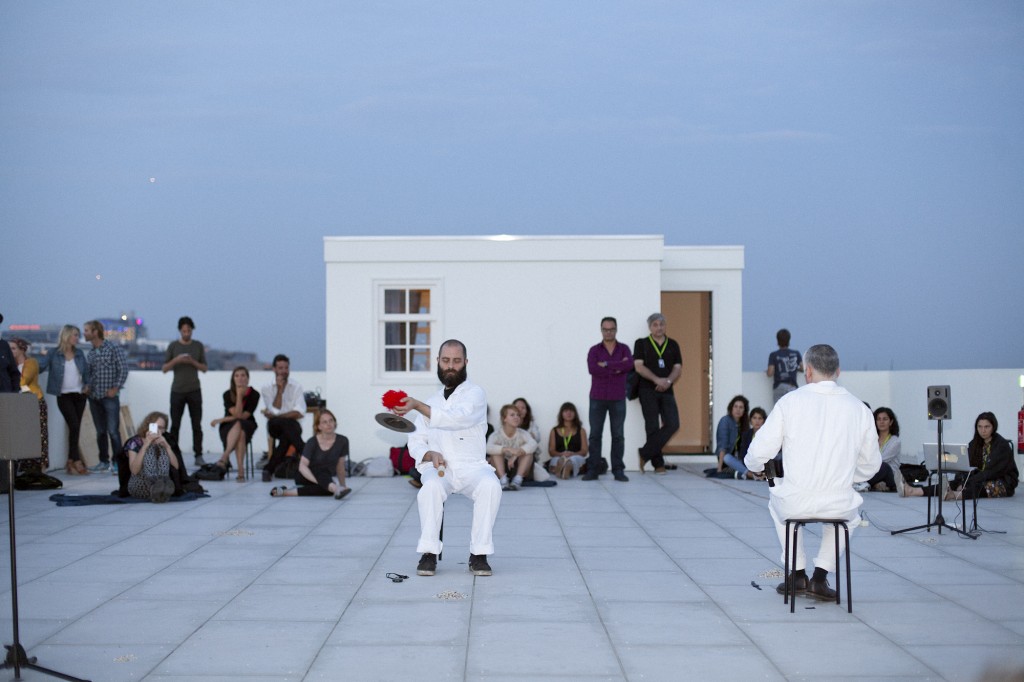 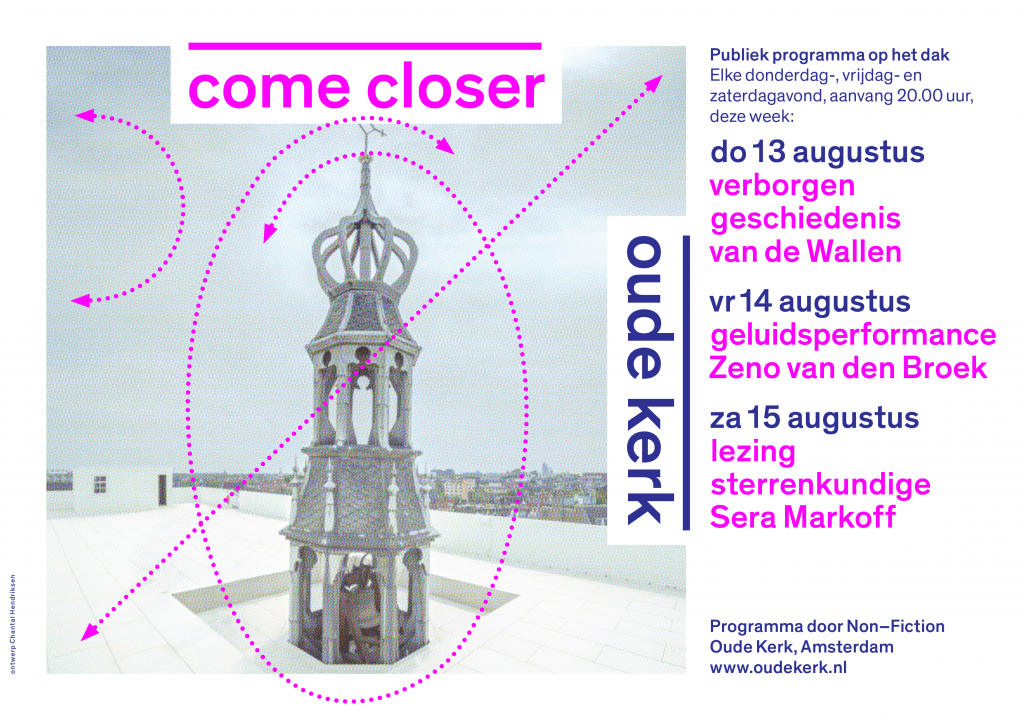 The Garden Which is the Nearest to God not only refers to the classical idea of a church as meeting place; this project also embodies the gradual shift from religious to cultural space. In fact, the traditional nickname for the Oude Kerk is ‘Amsterdam’s living room’. This honorary title doubtless formed a source of inspiration for Atzu. After an exhilarating ascent, visitors go up to an airy living room to stand eye-to-eye with a weathervane in the form of an angel. A little further, nearby the turret, they can sit in the built-in seating area surrounding the church bell. It is an experience which questions the contemporary significance of the monument and lays bare tensions between public and private space.

About Taturo Atzu
The Japanese artist Taturo Atzu (Nagoya, 1960), whose work on this scale has never been shown before in the Netherlands, is also known under the aliases Tatzu Nishi, Tazu Rous, Tazro Niscino, Tatzu Oozu and Tatsurou Bashi. His spectacular projects attest to a long-standing fascination for contradictions that touch on each other. Temporary settings which transform public (historical) monuments and evoke the intimacy of living spaces, are characteristic of Atzu’s work. By conceiving alienation on such a large-scale, Atzu questions the relationship between society and individual. His art examines the personal relationships of ordinary people to grand narratives in history.

More information and updates on the website of the Oude Kerk. 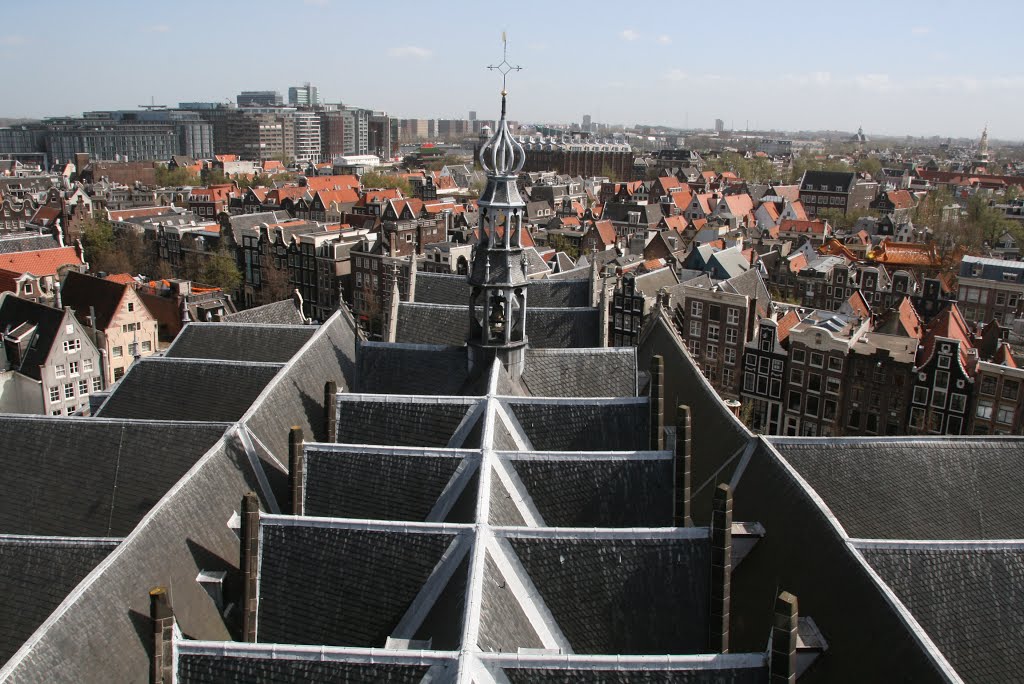 Roof of the Oude Kerk 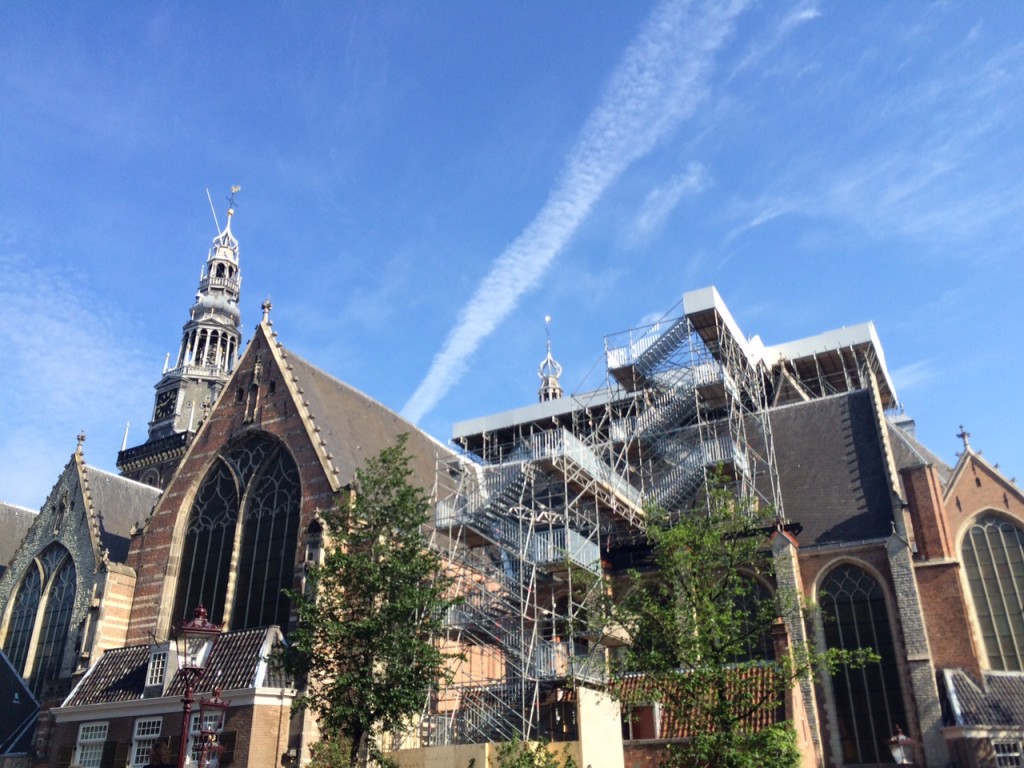 Construction of the installation in progress (photo taken on June 25)