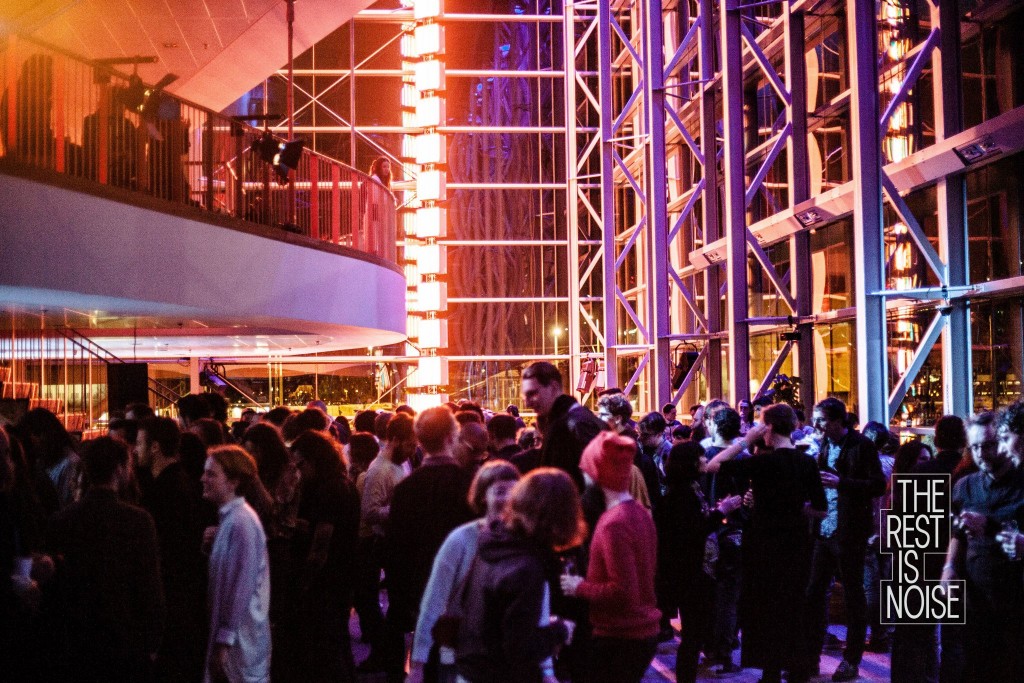 At Muziekgebouw aan ‘t IJ, the main concert hall for contemporary music in The Netherlands, Radna developed and curated, in collaboration with Shane Burmania, a completely new concept for a two-day festival: the Online Radio Festival. This festival translated for the first time the international rise of internet radio into the setting of a traditional concert hall. For 30 hours non-stop, Muziekgebouw transformed into a big broadcasting studio. Six of todays leading online radio stations (Red Light Radio from Amsterdam, Berlin Community Radio, Stroom from Gent, Boiler Room and NTS from London and Dublab from Los Angeles) were invited to bring along their favourite artists to the festival, which resulted in a cutting edge music programme for a live audience – that was also broadcasted worldwide simultaneously.

The layered programme unfolded in one continuous stream of 30 hours, moving through various locations in the building. During the evening live concerts took place in both the small and big hall of Muziekgebouw, during the night the venue transformed into a club, while the morning provided space for experimental broadcasts and sound art, followed by an in-depth conference about the future of internet radio, with all founders of the stations involved present.  The program consisted of live performances by Dean Blunt, Claire Tolan, Craig Leon + Ragazze Quartet, Gigi Masin, Laurel Halo and many others.

Apart from 700 visitors (younger and more diverse than the average visitor of Muziekgebouw), the Online Radio Festival had about 6000 live listeners from The Netherlands and abroad. It also gained both national (VPRO, Trouw, Radio 1) as international (The Wire, Residentadvisor) press coverage, making a broader audience aware of new radio developments and music subcultures. For the Muziekgebouw it proved to be an interesting and successful experiment, stretching the boundaries of a live concert hall. A second edition of the Online Radio Festival is planned for May 2017. 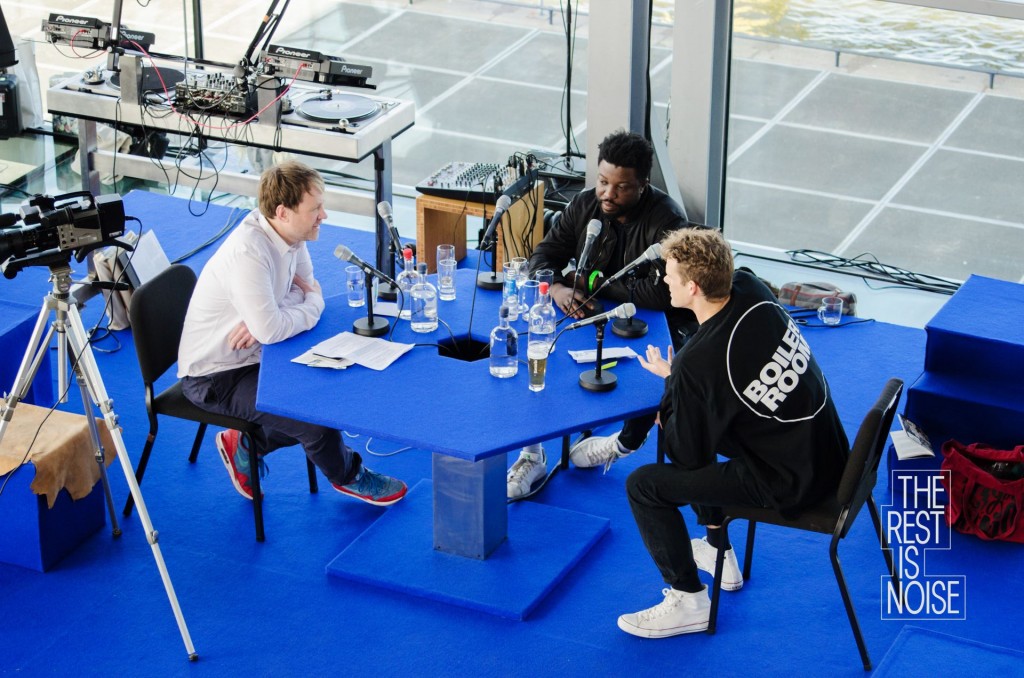 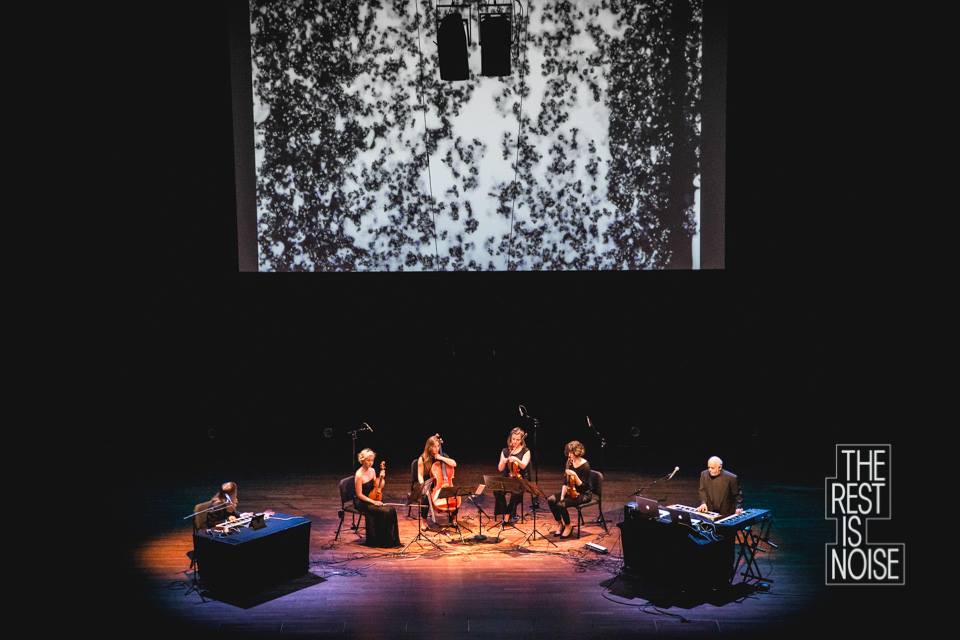 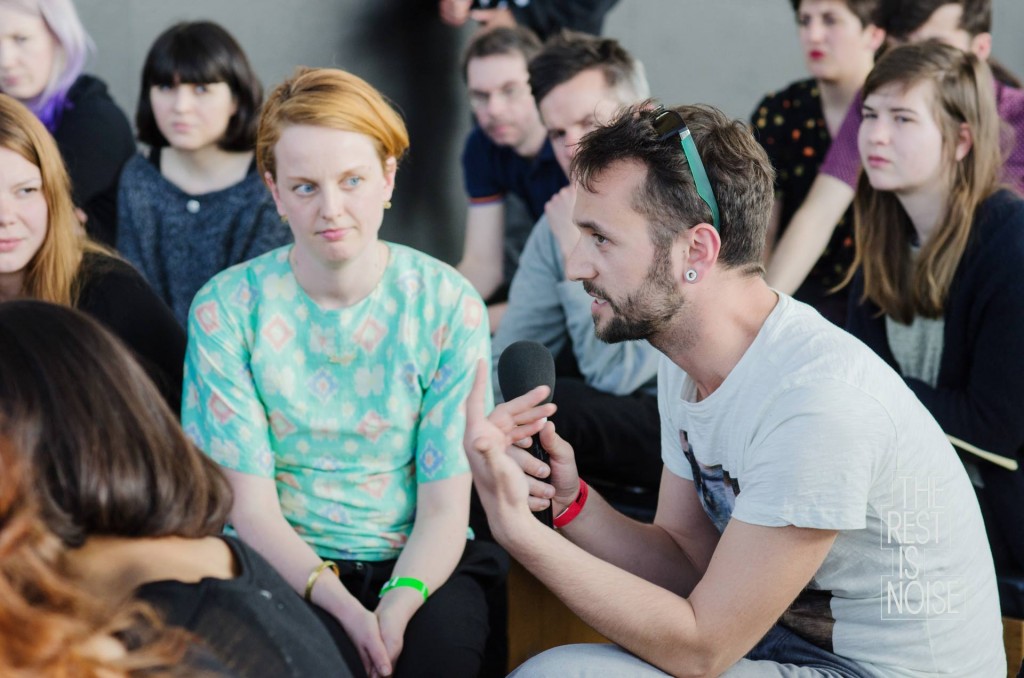 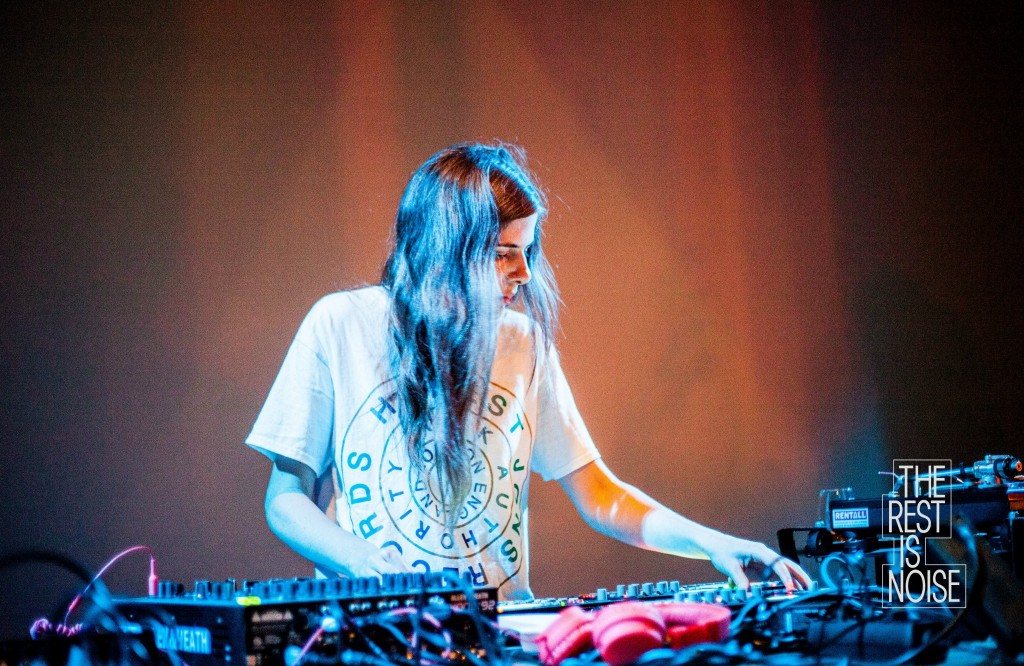 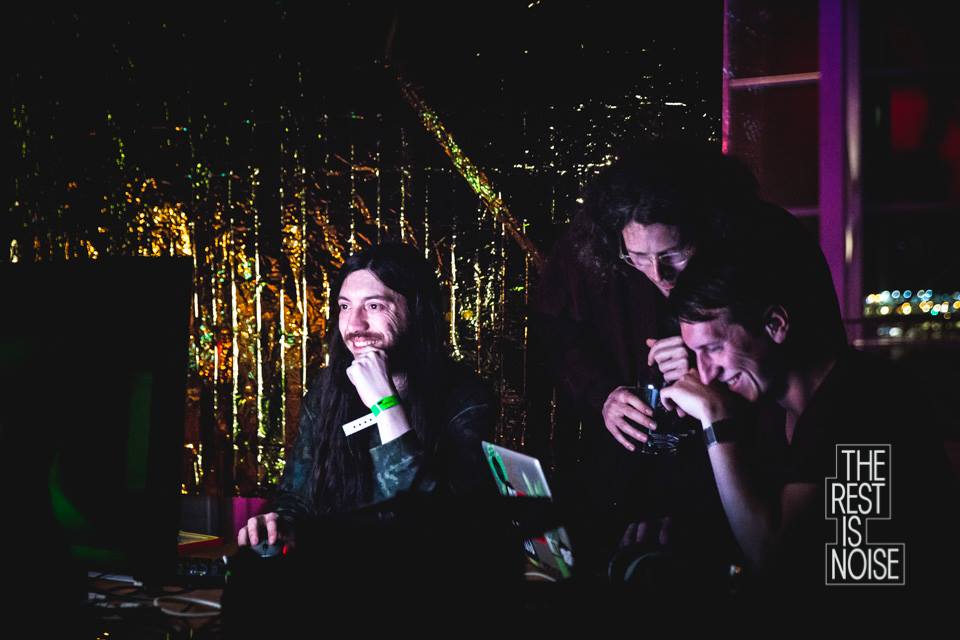 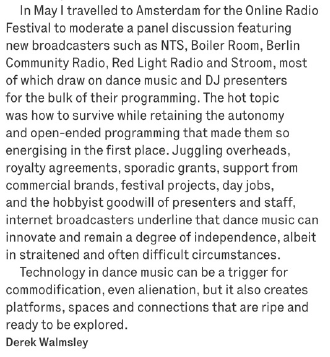 Derek Walsmley in the editorial column of The Wire 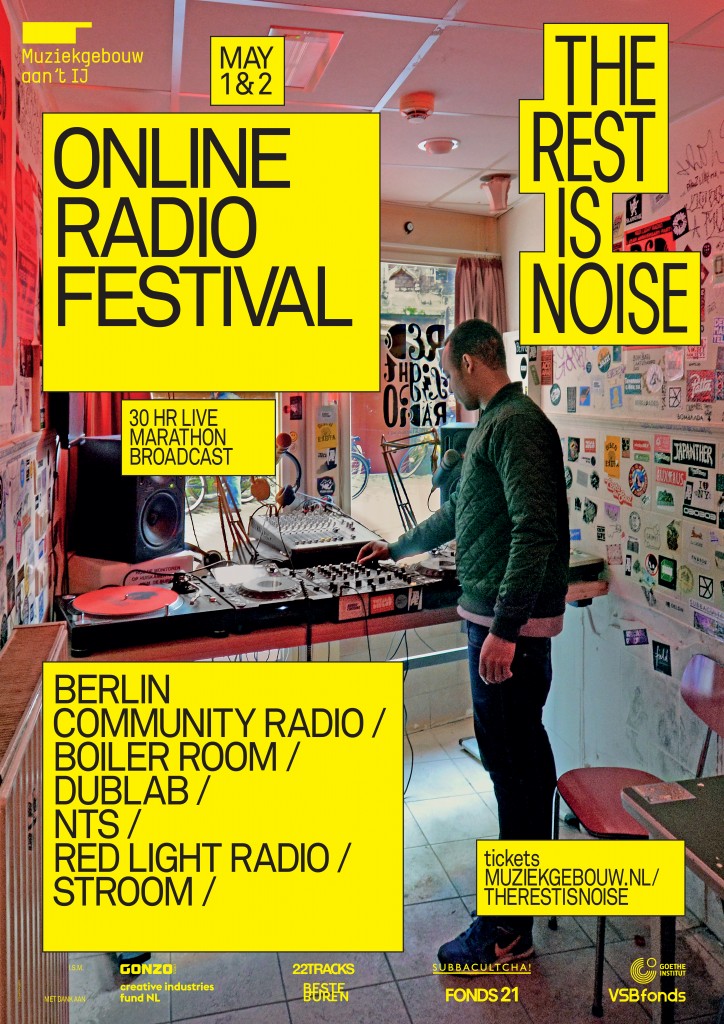