Together with visual artist Amie Dicke we contributed to Het Nieuwe Instituut‘s ungoing programme devoted to exhibition models. For 1:1 Period Rooms, the Greek architect and artist Andreas Angelidakis designed an installation that draws on period rooms held in the collection at the Amsterdam Museum.

Period rooms are enjoying a revival. The Rijksmuseum has the restored the Beuningkamer, an 18th-century rococo interior, and the Louvre recently began showcasing its collection of 18th-century decorative art in a series of period rooms and themed galleries. Angelidakis’ installation at Het Nieuwe Instituut and a series of events provide new perspectives on the period room. 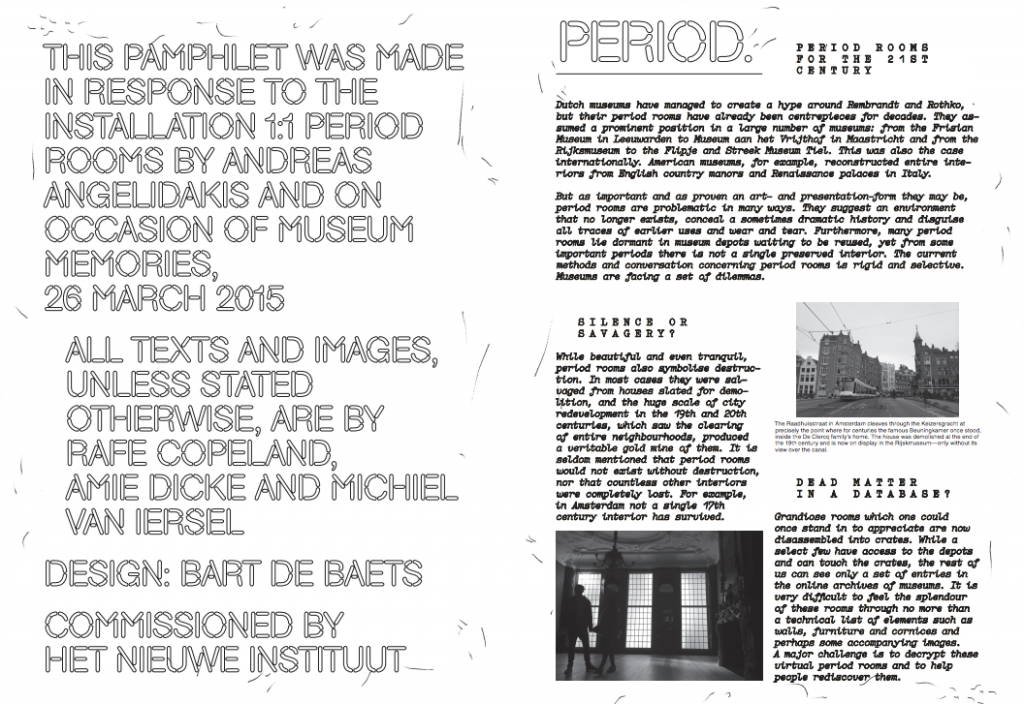 In response to 1:1 Period Rooms we wrote a pamphlet which criticises the often one-dimensional way in which museums are presenting period rooms, overemphasising the aesthetics and authenticity and largely ignoring the multilayered history of these interiors and the subjectivity of their representation. Our pamphlet is a call to action, providing examples of new and innovative ways of looking at and dealing with period rooms.

On March 26 we presented the pamphlet at Het Nieuwe Instituut, during an evening named Museum Memories, together with series of small prototypes of possible ways to make the presentation of period rooms more daring and interesting. We used the recently (and overly) restored Beuningkamer at the Rijksmuseum as our starting point.

One prototype consisted of a projection of video images we shot at the site where the room originally was situated as part of a house which was demolished at the end of the 19th century. The room was dismantled, stored and reconstructed several times. As a result of this, the ceiling was broken into pieces. We showed a slide projection revealing the many fragments which are hidden from view at the Rijksmuseum under a thick layer of plaster. Visitors received a postcard with an image of both the original location and the ceiling of the room, allowing them to explore the period room themselves in multiple ways. 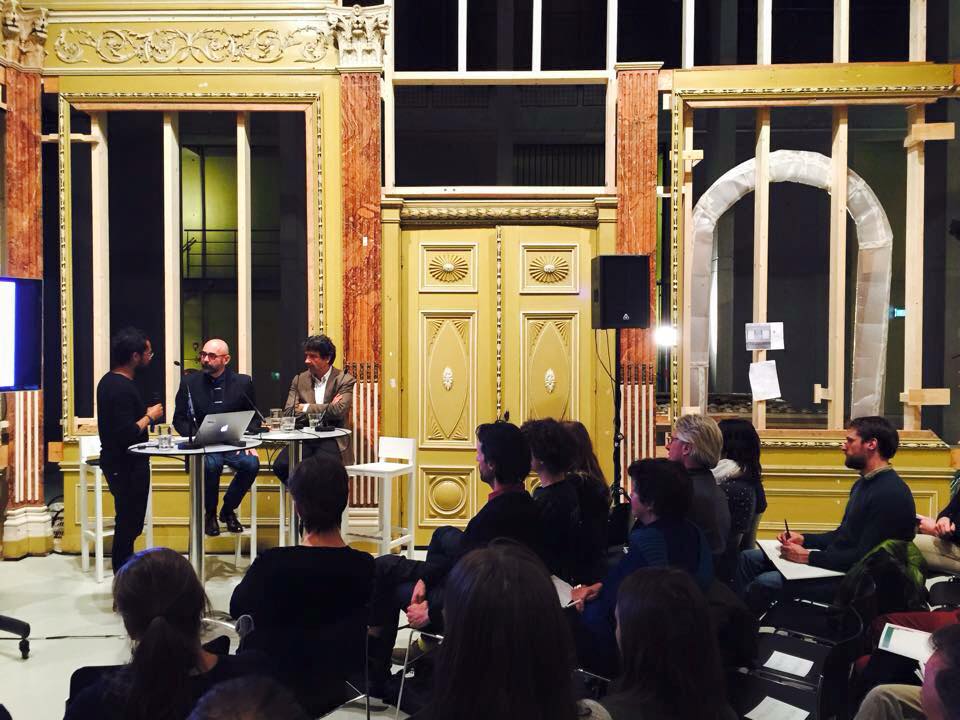 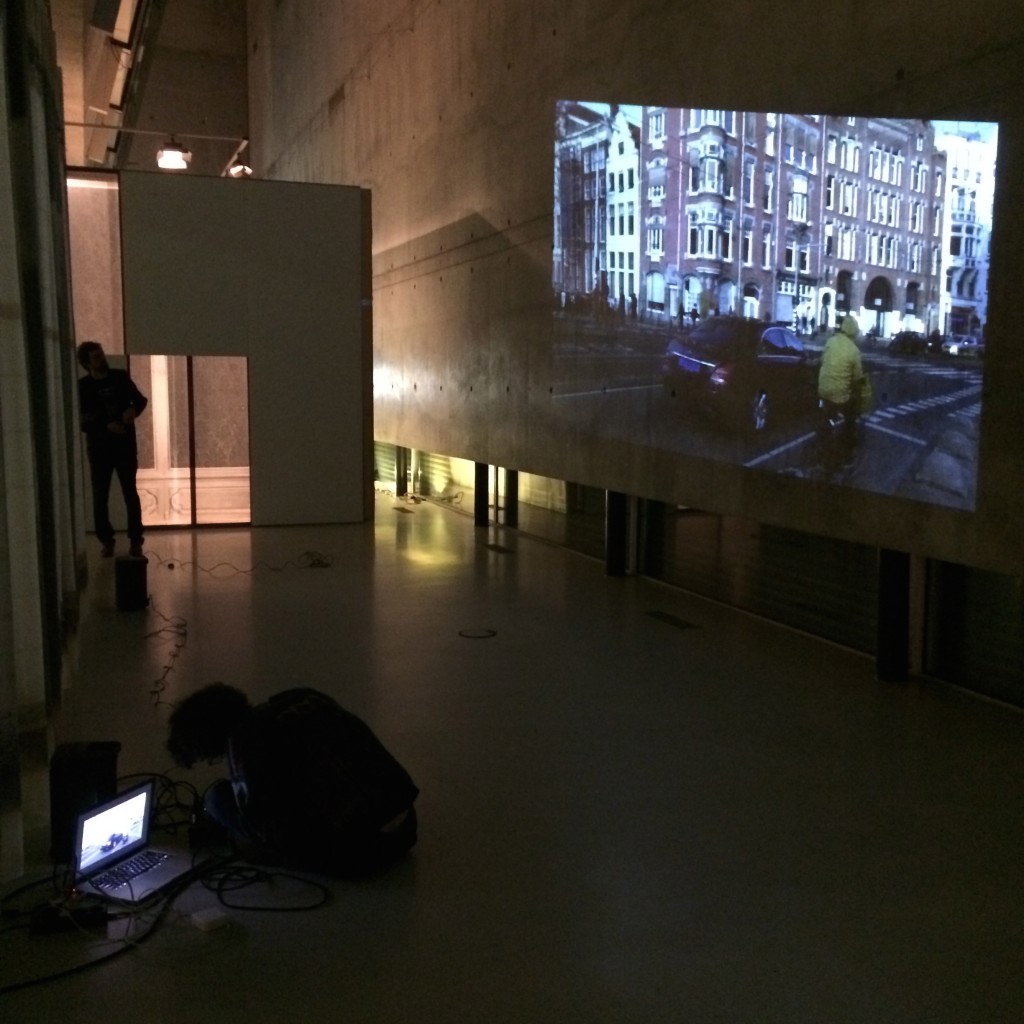