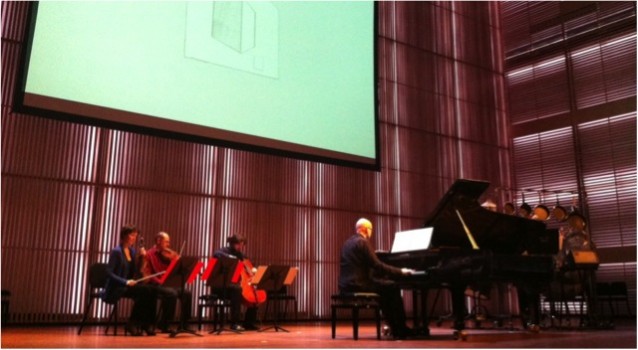 Non-fiction is proud to announce the start of a long term collaboration with the world-renowned Ives Ensemble. The ensemble was founded in 1986 by the Dutch pianist John Snijders and consists of a steady pool of 14 musicians. The ensemble concentrates on performances of non-conducted 20th and 21st century chamber music, in which, ever since the founding of the ensemble, the music of Charles Ives, John Cage, Morton Feldman and Stefan Wolpe has been serving as its base.

In spite of the large scale arts funding cuts in the Netherlands and the worldwide decline in record sales and concert attendance, the Ives Ensemble is looking into the future.

Non-fiction will join the Ives Ensemble in a search for innovative ways of programming, communicating, fundraising and collaborating. More specifically we will focus on opportunities for interdisciplinary projects, off-site programmes (in addition to more traditional music venues), the use of online media and innovative forms of (crowd)funding.

By combining the Ives Ensemble’s world class quality with our wide-ranging experience with organizations and projects on the cutting edge of the arts and technology, together we will re-invent the ensemble as a vehicle for artistic experiments and popular support. 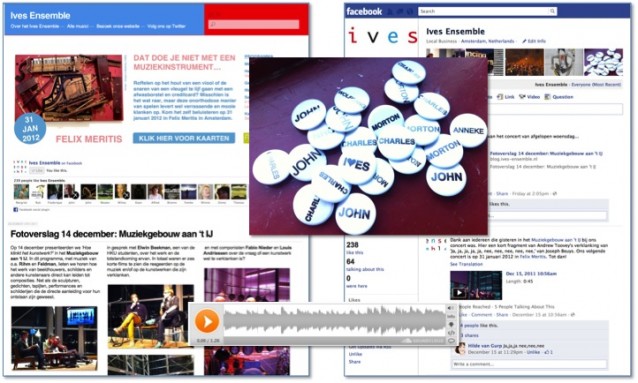 In 2010 they performed twice at the Temporary Stedelijk Museum in Amsterdam. The ensemble has the wonderful Muziekgebouw aan ‘t IJ as its homebase, both holding an office space in the building and performing several times a year in this ‘concert hall of the 21st century, as part of the Muziekgebouw’s programme of contemporary music. 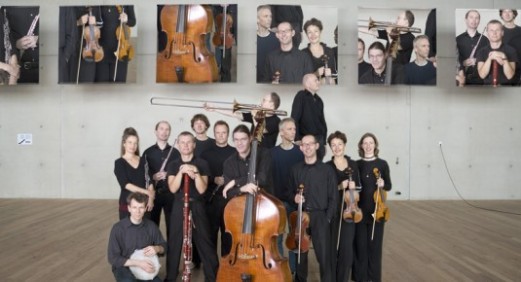