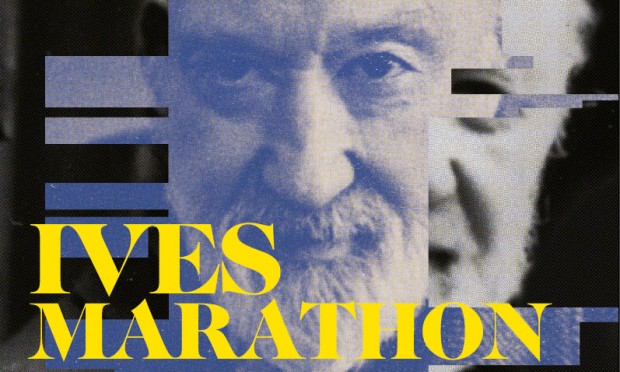 We are happy to continue our long term collaboration with the Ives Ensemble on the occasion of the long-awaited Ives-marathon on January 19 at the Muziekgebouw aan ‘t IJ in Amsterdam. The Ives Marathon is  a one-day festival with music of one the originals of avant-garde music: Charles Ives. Non-fiction is helping the ensemble with the programme and PR.

The Ives Ensemble is an Amsterdam based contemporary music ensemble, which according to London’s prestigious Southbank Centre is a “leading exponent of the contemporary and avant-garde”. The ensemble was established in 1986 by the Dutch pianist John Snijders, and concentrates on performances of non-conducted 20th and 21st-century chamber music, much of which has been written especially for them.

For the Ives Marathon the ensemble has teamed up with the Muziekgebouw aan ‘t IJ, the Netherlands’ most important stage for contemporary music, to organise the first major retrospective of Charles Ives’ music in The Netherlands. The ensemble named itself after this idiosyncratic American composer, and plays his music frequently, but his name and music are still largely unknown to a wider audience. But that is about to change..

Charles Edward Ives (1874 – May 19, 1954) was an American composer. He is one of the first American composers of international renown, though Ives’ music was largely ignored during his life, and many of his works went unperformed for many years. Ives combined the American popular and church-music traditions of his youth with European art music, and was among the first composers to engage in a systematic program of experimental music,  foreshadowing many musical innovations of the 20th century. Apart from being a composer, he worked as an insurance agent, which helped him finance his musical work.

During the Ives Marathon the ensemble will play several of his compositions. The day-long program starts with a performance by visual artist Gabriel Lester, who will evoke the church services from the time when Ives’ childhood when he was a church organist at the age of 14 and wrote various hymns and songs. Throughout the day there will be several film screenings and live interviews with Ives-experts and likeminded artists, including Louis Andriessen (composer), Gabriel Lester (artist) and Jurgen Bey (designer). Tracy Metz, journalist and director of the John Adams Institute, will interview Louis Andriessen.

Please visit the website of the Muziekgebouw aan ‘t IJ for more details and tickets.

Or have a look at the website of the Ives Ensemble and our special Charles Ives blog.

The Ives Marathon is made possible through the kind support of the City of Amsterdam, the Performing Arts Fund NL, and the (Amsterdam-based) John Adams Institute. 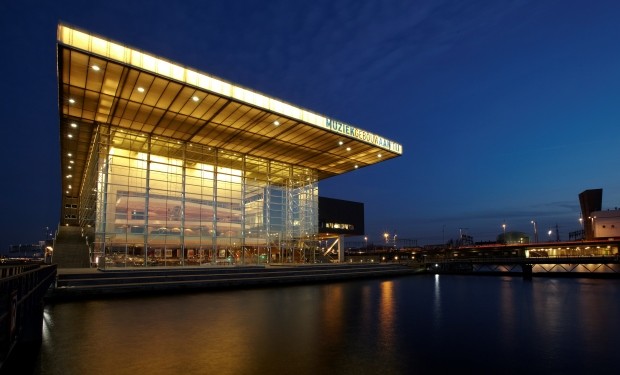