A who is who of the now of electronic music 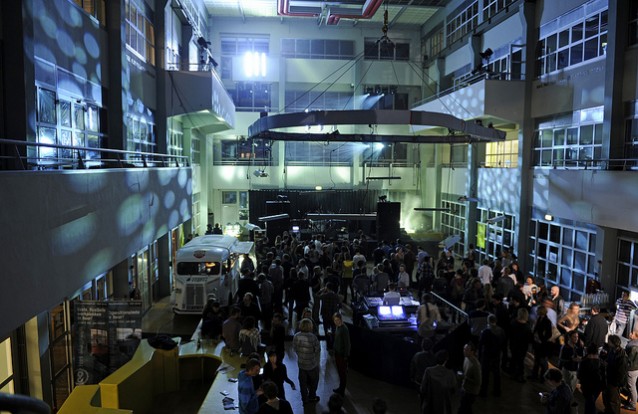 As you might know, Viral Radio is Non-fiction’s network for music futurism that has been operational since early 2007. In the past it has organised events with artists as Squarepusher, Ben Frost and Flying Lotus, at venues and festivals as the Bimhuis, North Sea Jazz and Exit Festival.

This weekend, Viral Radio has created a programme of live electronic music at the new Rewire Festival in the Hague. The programme is called Radiant Frequencies, and it consists of Plaid, Dorian Concept, Kuedo, Rustie, Tropics, Martyn and Juha.

Radiant Frequencies
“New genres of electronic dance music follow each other like night follows day. Shifting slowly from one mutation to the next, this electronic momentum moves forward with the speed of the internet, weaving a network of rhythmnodes of varying speeds and colours. From the darkness of dubstep to the lightness of UK funky. From the slowness of hiphop to the uptempo of juke.

Radiant Frequencies is a festival exhibition of cutting-edge musicians building bright synthetic structures of radiating dance music. This the soundtrack of the world of high definition gaming, 3D superheroes and superliminal neutrinos. And with zeitgeist-riders like Rustie, Kuedo and Dorian Concept, it is a who-is-who of the now.”

More information about Rewire Festival can be found at http://rewirefestival.nl.

We look forward to seeing you there!