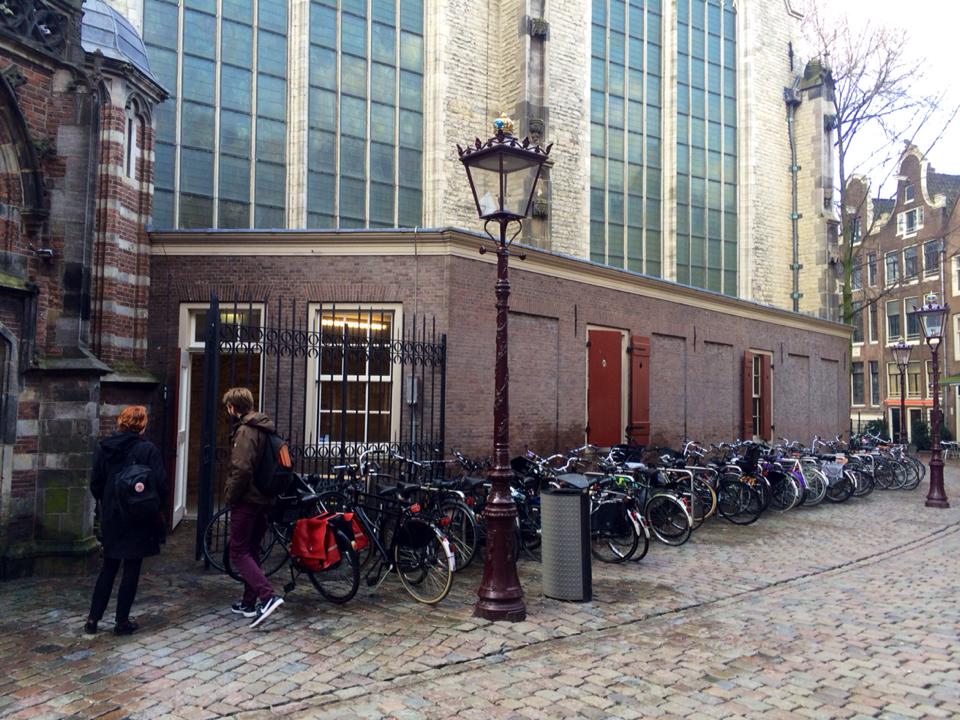 The Non-fiction office is situated in one of the buildings attached to the Oude Kerk, the oldest building in Amsterdam in the heart of the historic inner city. The Oude Kerk was built in the early fourteenth century as a Roman Catholic church. It exists since the iconoclasm in 1566, and the Reformation which subsequently followed, as a Protestant Church.

The church and its direct surroundings are constantly changing. Currently the church is embarking on a transition from being an all-purpose venue to becoming a artistically driven church offering a wide ranging cultural program. Non-fiction has organised several events at the church is proud member of the church’s curatorial board.

The neighbourhood, better known as Amsterdam’s ‘Red Light District’, has been dominated by brothels and other sex- (and drugs) related businesses for centuries, but is now becoming a more mixed area with young entrepreneurs and cultural initiatives, including our friends from Red Light Radio, Ultra de la Rue and Lost & Found.

– Information about jobs and internships