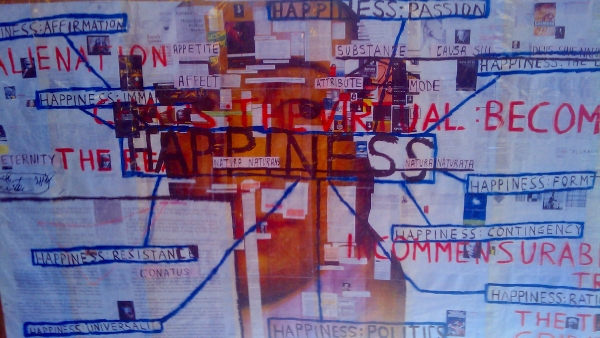 In the summer of 2002, a shuttle service was needed to find the enigmatic Swiss artist Thomas Hirschhorn and his Bataille Monument, located in a mixed Turkish-German social housing complex in a suburb of Kassel. This summer, Hirschhorn is creating a monument for another philosopher, titled The Bijlmer Spinoza Festival, work in progress for and with “a non-exclusive audience”. It is located in the Bijlmer, a neighborhood southeast of Amsterdam. The Swiss artist has made camp here, together with philosopher Marcus Steinweg, art historian ‘Ambassador’ Vittoria Martini, and Alexandre and Daniel Costanzo, editors of The Bijlmer Spinoza-Festival Newspaper. They have been staying in one of the signature Bijlmer appartments for some three months. The work is continuously in progress, and will be up for two months. 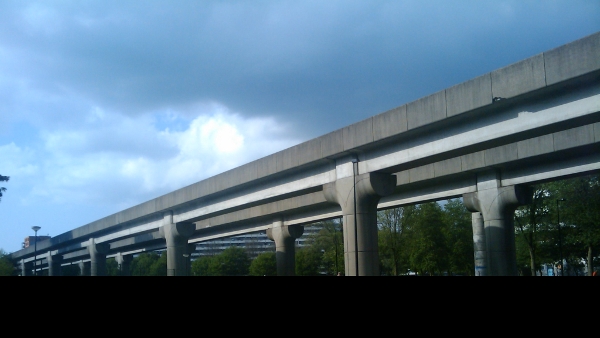 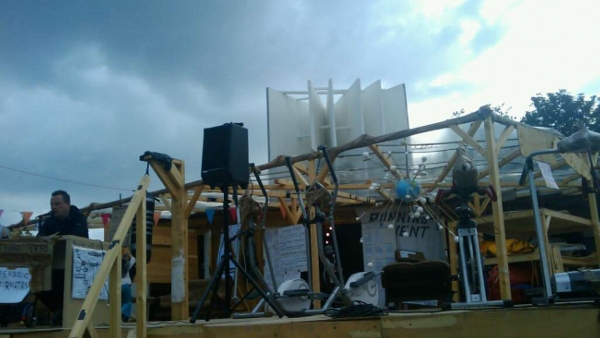 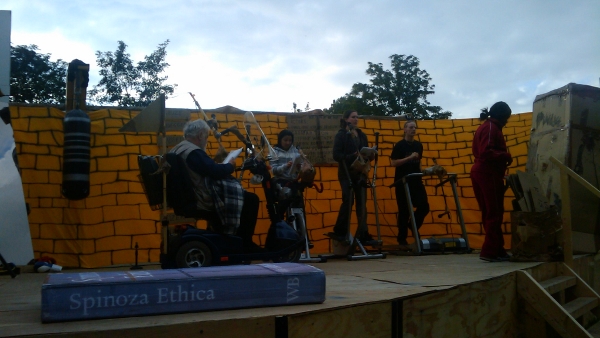 The Spinoza Theater, with Bijlmer residents.

Thomas Hirschhorn is one of our favorite artists. One of Non-fiction’s mottos is a Hirschhorn mantra: “Energy yes, quality no.” We want to use the opportunity and momentum of the Wednesday night series at De Verdieping to take a shuttle – i.e. the metro – to the Spinoza Monument in the Bijlmer. We will meet at 4.45 PM at Trouw Amsterdam, take the metro to Kraaiennest in order to be there on time for the lecture of Marcus Steinweg, the Spinoza Theater - directed by Hirschhorn, written by Steinweg, starring Bijlmer residents – and all of the components that form the Bijlmer Spinoza Festival. Admission is free, metro is three zones and takes 13 minutes.

We hope to see you tomorrow. 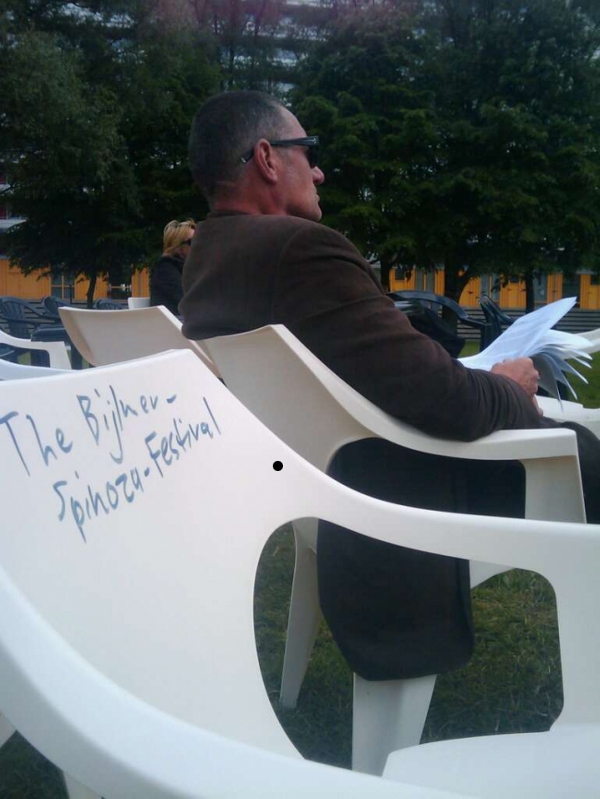 "Think of him as Joseph Beuys with a sense of humor and without the egomania." (New York Times)