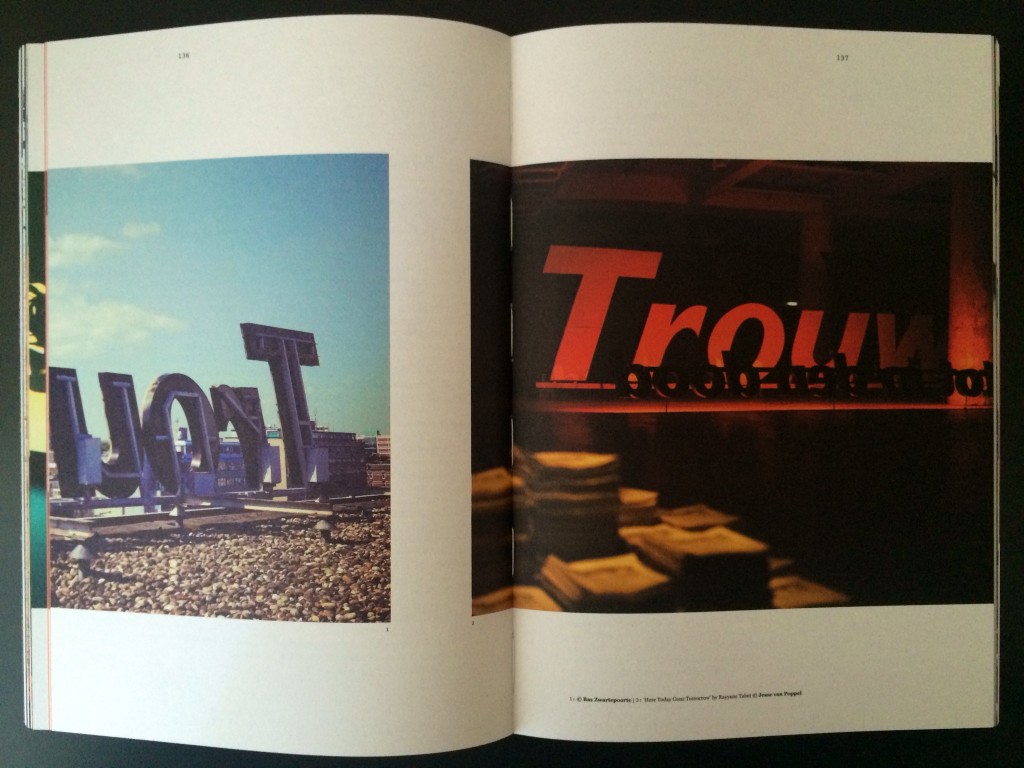 Situated on the Wibautstraat in the east of Amsterdam, Trouw was a nightclub, music venue, cultural space and restaurant housed in the former newspaper printing facility of several national newspapers. Trouw combined food, music and the arts, and was the first nightclub to receive the 24-hour permit from the city of Amsterdam. After six years of experimenting and over time slowly establishing itself as one of the top nightlife and cultural venues in the city and beyond, Trouw closed its doors on 3 January 2015.

Non-fiction was involved in the cultural and musical programming of Trouw from the very beginning, starting in early 2009 with small concerts and other public cultural events. The programme got its own label, De Verdieping, and existed until the end. Some of our long term collaborations, with a.o. the Stedelijk Museum, landed here and we started some of our ongoing projects, including Failed Architecture and Seeing Sounds.

For the Trouw Book, a collection of interviews, photos and essays documenting Trouw’s tenure, we conducted an interview with the interior designers Müller Van Tol and we recollected the milestones of De Verdieping and some of our personal memories in the article below. You can buy the book for €24,99 in Amsterdam at The American Book Centre, Rush Hour, Concerto, Athenaeum, Hutspot, Mary Go Wild, Lloyd Hotel, EYE, Innervisions and online at Trouw’s webshop on http://www.trouwamsterdam.nl/en/shop. 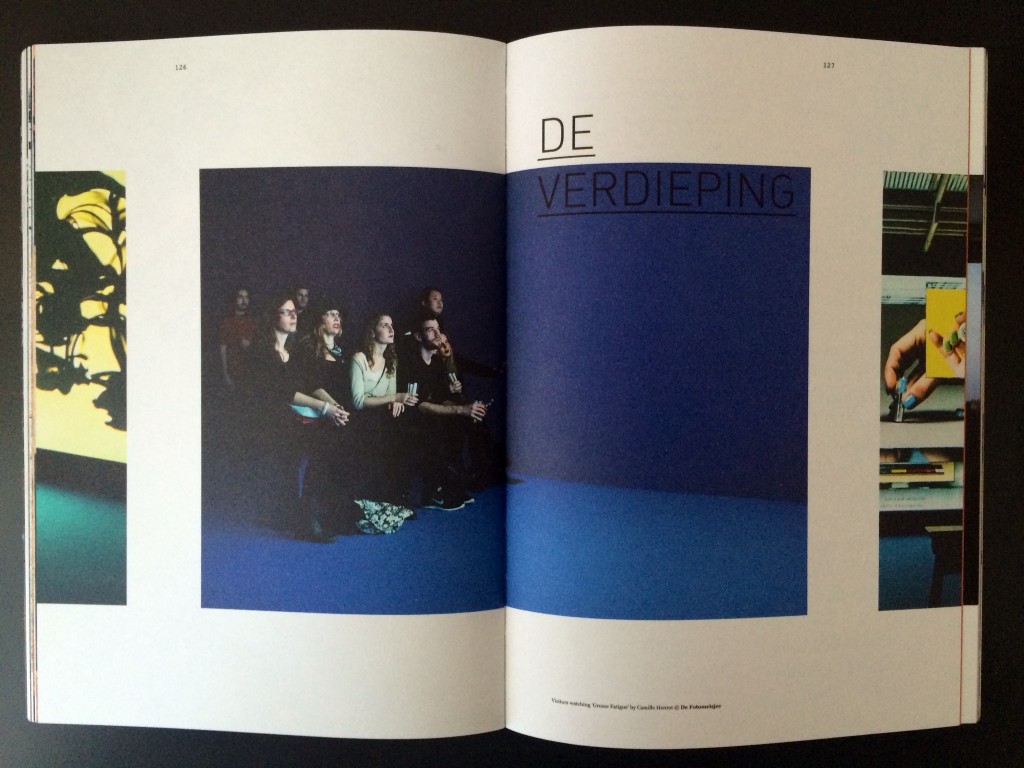 De Verdieping – Art in the Club

Text by Michiel van Iersel, images all taken from The Trouw Book.

The throwing of seed bombs against the building’s façade. The screening of the iconic video of dancing gabbers by artist Rineke Dijkstra in the smoking area. The practically inaudible ‘sound’ of the bass notes played by Jacob Kirkegaard that were felt throughout the entire building. The word ‘Trouw’, illuminated against the club’s façade, which were initially installed by Rayyane Tabet in the main hall, underground. Edgy pictures of dilapidated buildings in the club’s main room and ‘Trouw-rings’, made of cultured bone by Tobie Kerridge with poetry recitals in the the restaurant. These are just a few examples of the many art projects, both small and large, that have taken place at Trouw.

Trouw wasn’t just a club and restaurant, but also a place for creative experiments. Building on its collaboration with the Stedelijk Museum (amongst others) from club 11, the club’s cultural programming made up an important part of its plan from the outset. The general idea was that restaurant guests and club goers should be exposed to art and culture, and not only the type of art you could expect from a club like street art, or VJ art, but also conceptual work and experiments that crossed the boundaries which separated different disciplines. These ambitions were inspired by pioneering institutions in other countries, such as Palais de Tokyo in Paris and the temporary Volkspalast in the abandoned Palast der Republik in Berlin.

The program was given the same name as the basement where many of these activities initially took place: De Verdieping. The name is a reference to the newspaper section dedicated to the different background stories and opinions that appear in Trouw (the Dutch newspaper) every day. De Verdieping was given the same function in the restaurant and the club: to enrich people with new experiences, new insights and special images. And sometimes to excite and provoke. 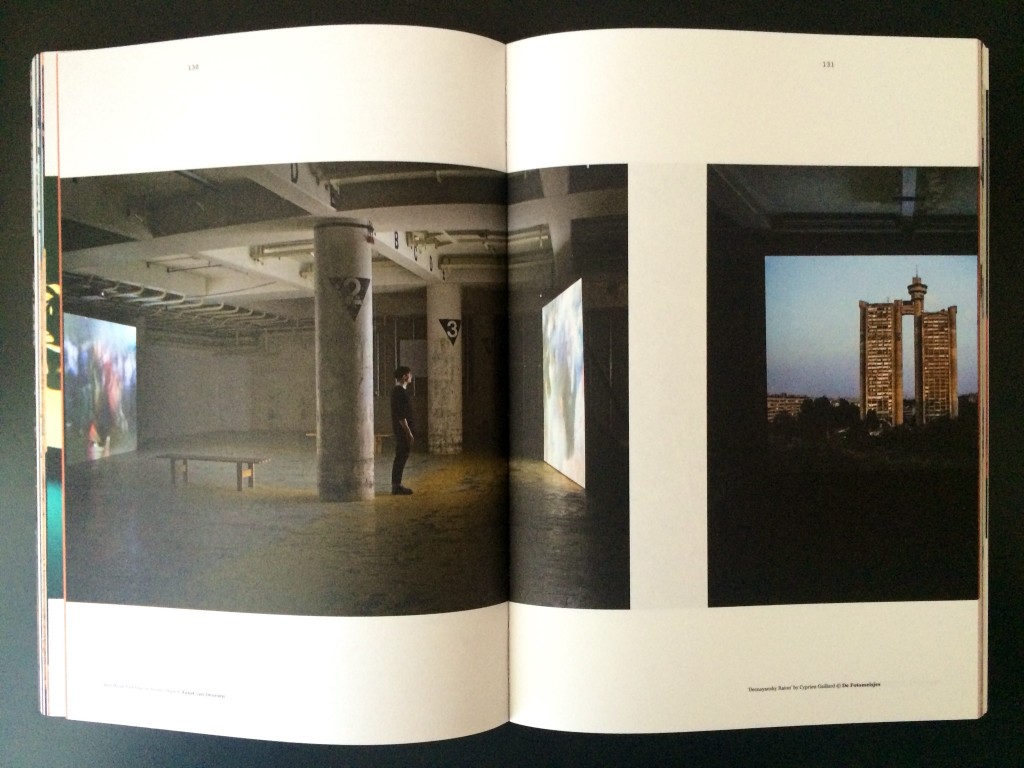 Initially, the program was heavily focused on young student artists from the art academies and other institutions. There were presentations by The Amsterdam Academy of Architecture and The Sandberg Institute; amateur music producers could participate in workshops run by the musicians who would be playing in the club that night, and a group of students from the University of Amsterdam were given the opportunity to organize their own night in Trouw. Looking for fresh input, a group of young volunteers took on part of the programming themselves. As a group of editors, they would organize talk shows on things like how to squat a vacant property and workshops such as ‘Create your own animation’. De Verdieping was not only a place created for young artists but also one created by young artists.

In the early days, the program deliberately went in all directions; from exhibitions and fashion shows to debates and workshops. Gradually, however, three overarching themes emerged: virtually all of the club’s activities proved to be related to the future of the arts, the city or the media. These themes reappeared in things like the experimental art installations and films that were shown, and reappeared again during the debates on innovative forms of journalism and the future of architecture in times of crisis.

The program was developed further alongside the monthly Beam Club movie nights, an initiative of artist Sarah Sonsbeeck in which former Rijksakademie (a renowned art academy in Amsterdam) residents would talk about their inspiration and future plans. The talk show series, ‘Visible Cities’ explored the ways in which mobile media would change our cities and the building’s history as a newspaper editorial office and printing press. The talks and lectures, given by members of the NRC and the VPRO’s innovation department, were intended to discuss what the future of the newspaper would look like.

De Verdieping also functioned as a platform from which to launch ideas and certain programs that were originally designed for De Verdieping, and now have their own life outside Trouw. The series of music-film evenings called Seeing Sounds, initiated by guest curator Radna Rumping, for example, has gone on to continue life in De Melkweg, amongst other venues, and has even been put on outside of Amsterdam. A series on failed architecture projects (‘Failed Architecture’) has become both a busy website and a traveling workshop in the run up of the planned demolition of Trouw, and the editors have now almost all found real work in the cultural sector. 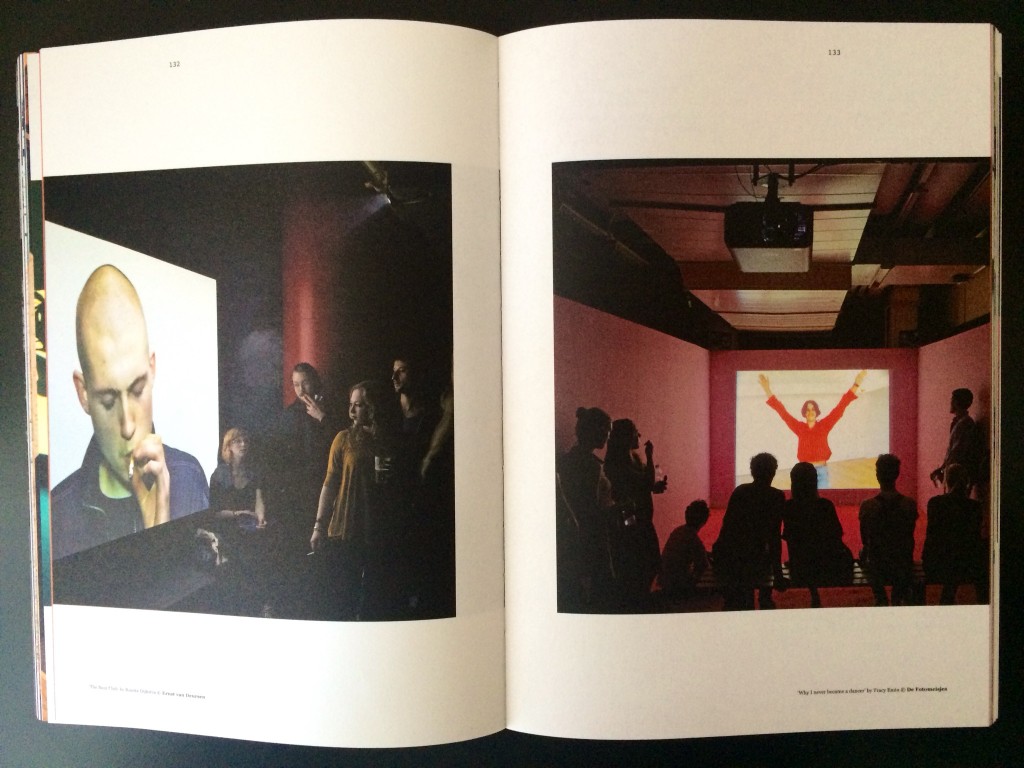 After its first pioneering years, De Verdieping changed its course. During its early period, there was constant experimentation with ever-changing themes and formats. Its cooperation with established cultural organizations, such as Foam, and later the Stedelijk Museum, attracted large crowds, whereas the activities that had previously focused on the work of young artists − even if useful − weren’t successful at attracting a big audience. In a place with the size and dynamics of Trouw, the projects that responded to the building and disrupted the (dance) audience’s expectations were the most triumphant.

With the arrival of Kim Tuin as director of Trouw and the De Verdieping, the club gained momentum in a new direction. In addition to working with (amongst others) the EYE Film Institute and photography magazine GUP, Tuin built on the club’s relationship with the Stedelijk Museum and established a series of temporary exhibitions. Four editions of one-day Stedelijk @Trouw events were followed by three exhibitions with video installations titled ‘Contemporary Art Club’. Prominent artists exhibited their work; work that capitalized on nightlife and club culture.

In anticipation of the approaching end of Trouw, De Verdieping and the Stedelijk Museum invited three international art institutions to act as guest curator and create an exhibition in the huge basement. Each of them then invited an artist to create an exhibition for the largest room in the building around the theme of ‘the end’.

Amongst these three guest curators, was the Palais de Tokyo in Paris. This impressive art palace on the Seine, which was, a major source of inspiration for De Verdieping from the beginning, was now creating exhibitions at Trouw. The circle was complete. Where artists have been invaluable from the club’s beginnings; they now also contributed to the celebration of its end. With any luck Rineke Dijkstra’s dancing gabbers will find a new environment as natural as Trouw. 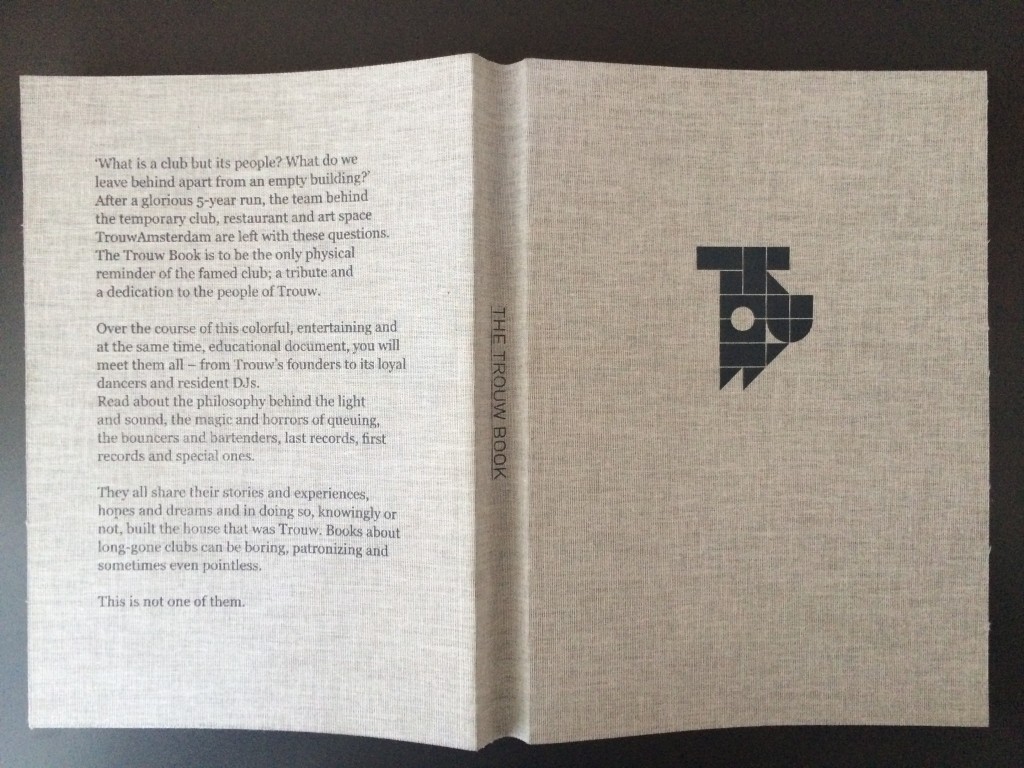 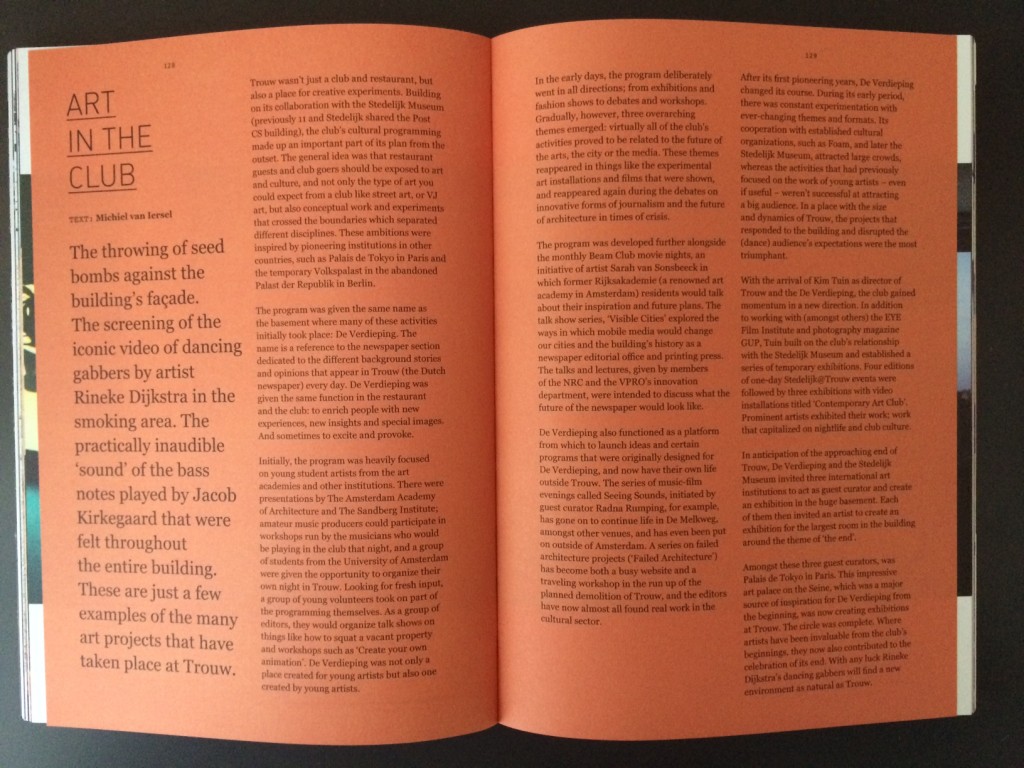 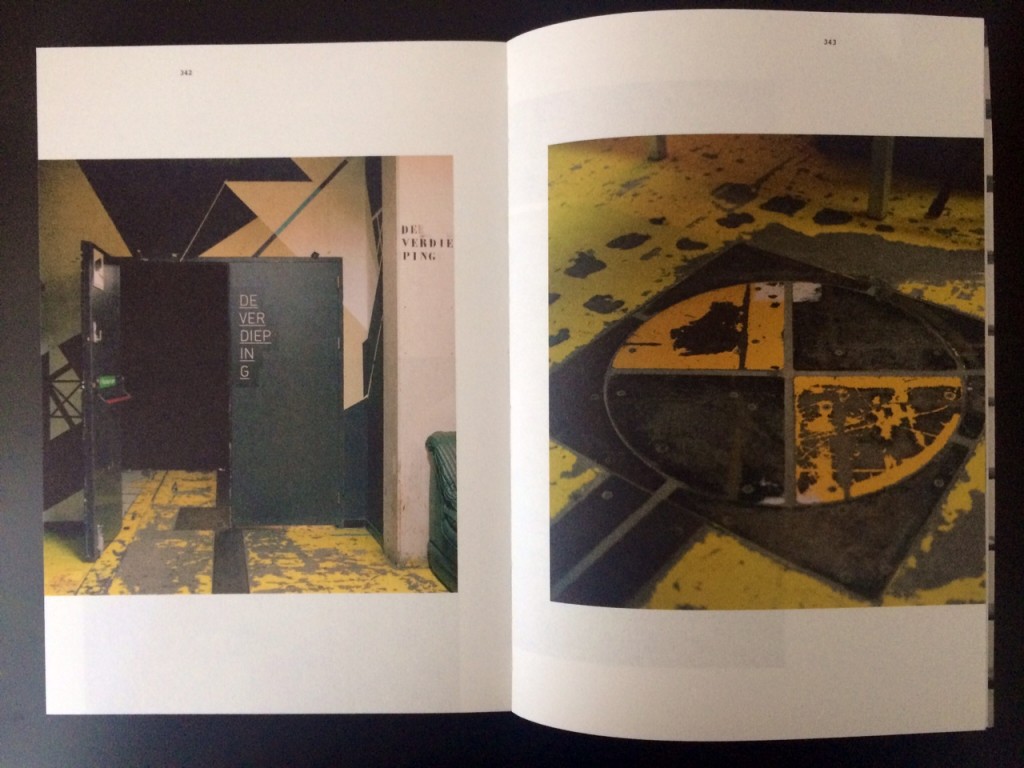 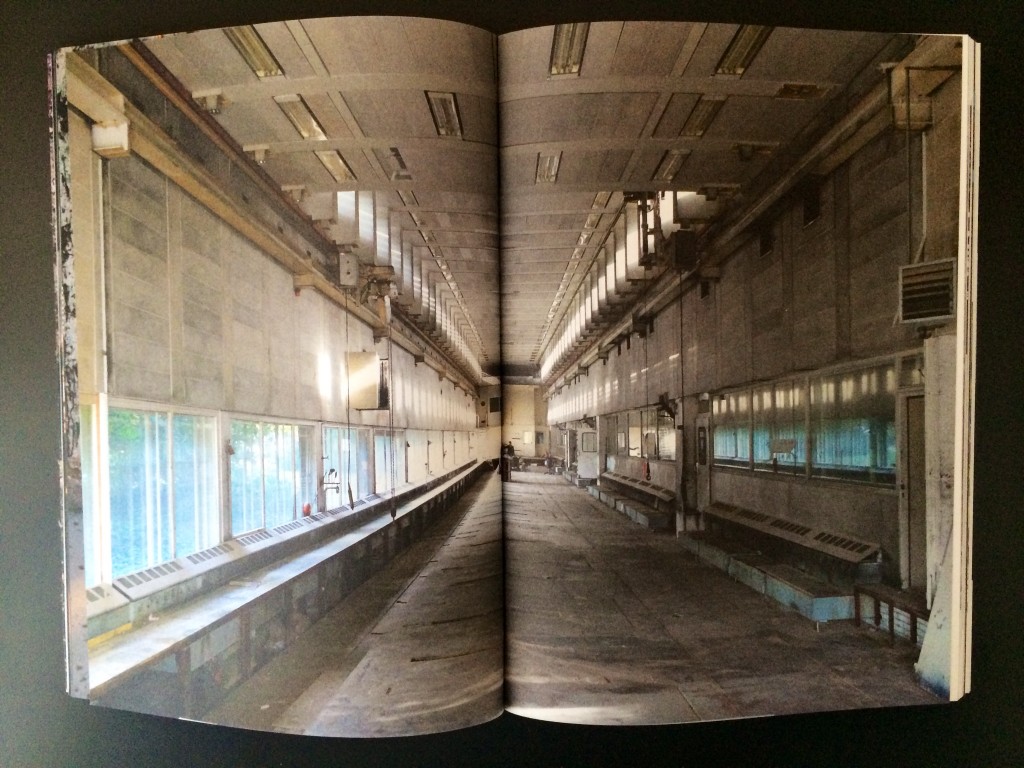 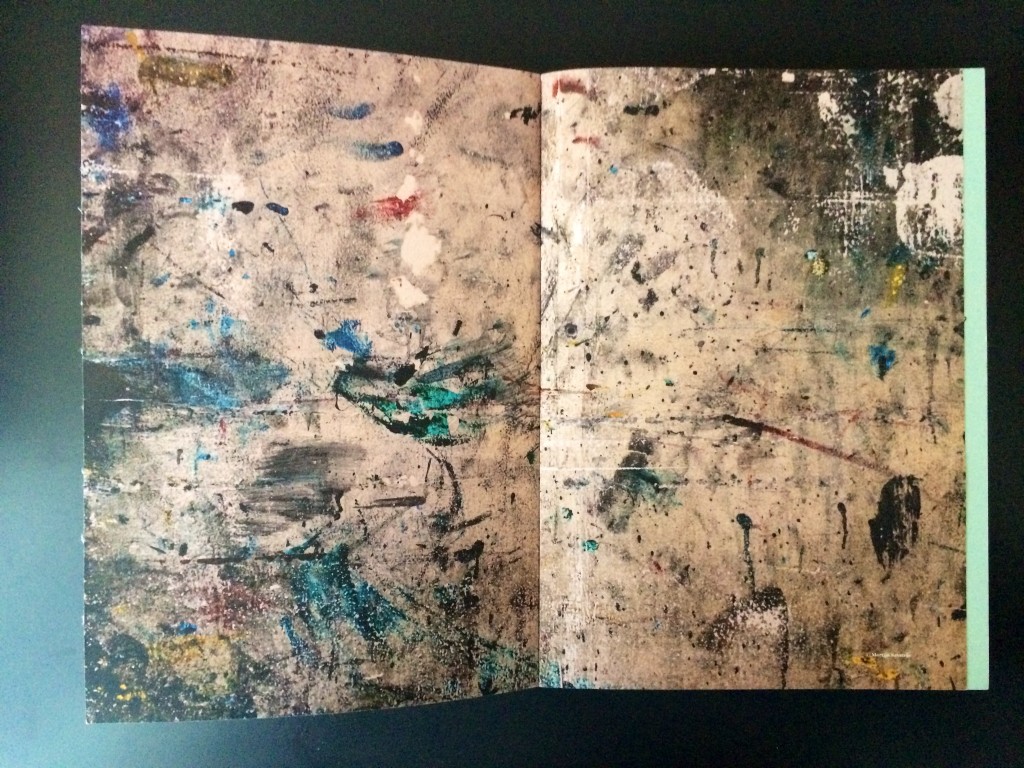