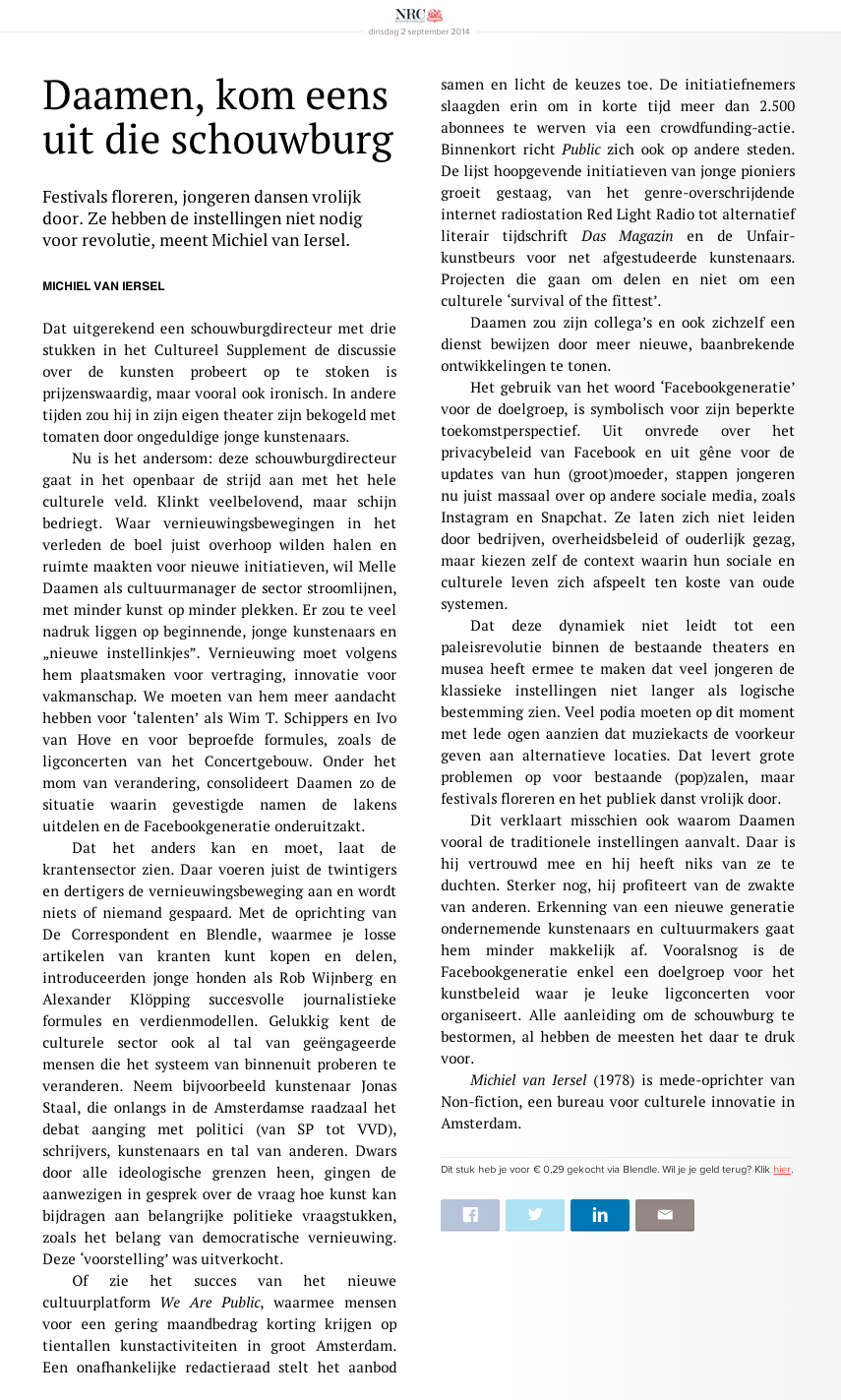 ‹ We are looking for an intern — Opinion piece on Domus website ›