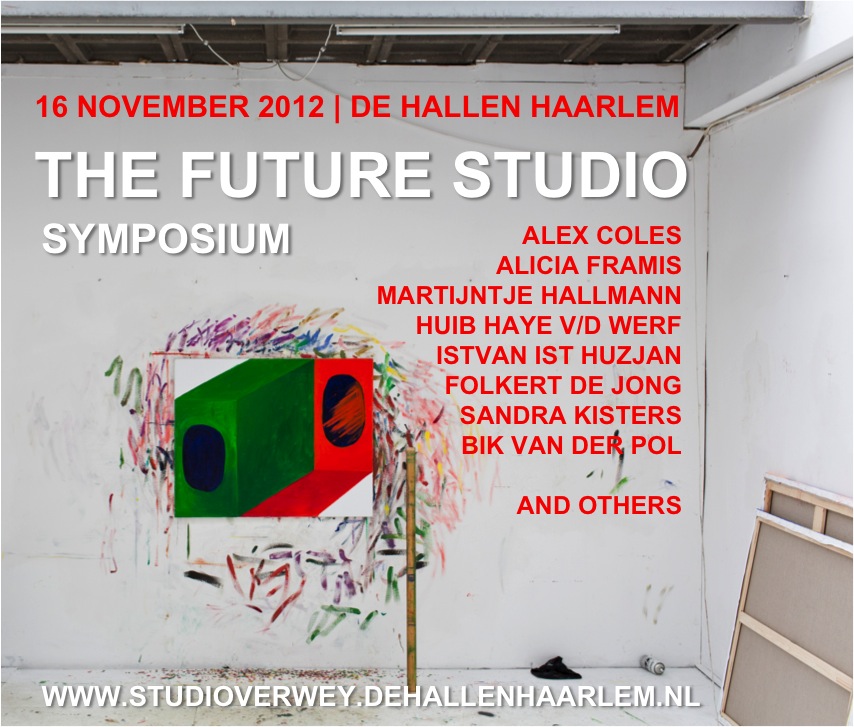 For a while the studio seemed to be declared redundant and dead. But at the beginning of the 21st-century the tide appears to be turning. Recent publications on the subject, like The Fall of The Studio: Artists at Work (2009) and The Studio Reader: On the Space of Artists (2010) signal a return to the studio by some artists. And i his recently published book The Transdisciplinary Studio (2012) art and design critic Alex Coles raised the question that if artists and designers continue to require a studio, shouldn’t the way each of them mobilizes it be a component of any analysis of their practice?

The participating artists in Studio Verwey, who all spend two years at the Rijksakademie van beeldende kunsten in Amsterdam, also show how the importance and utilisation of the studio have changed. But does their use of the studio still fulfil the stereotypical image of the lonely artist behind his painter’s easel? Which other models are emerging? And what is the importance of the studio in an era when the Internet and (cheap) flights have released the artist from being in a permanent spot? And how can artist residencies and initiatives anticipate changes?

12.45 – Lunch and visit to the exhibition Studio Verwey

Entrance: 10 euros, including lunch and admittance to the exhibition ‘Studio Verwey’