We continue our weekly updates on what is happening in the Non-fiction office. This time Juha and Boris take the time to answer some questions, while Michiel is in Copenhagen and Adéla is in Prague. This is our way to share experiences, probe new ideas, and document all the things that take place in and around our office.

Describe this week in one image? 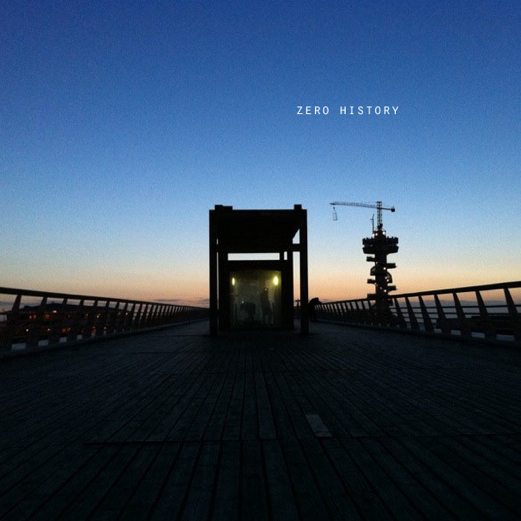 Where did you get most of your news this week?

Boris: Flipboard for the iPad, an amazing app which turns all of the news you consume into one easy to read magazine format. Giving a zero-resistance way for me to view content from all kinds of sources, curated by Flipboard, my Facebook and twitter contacts and rss feeds from more obscure sources. I will try to write a blog post for De toekomst van de krant about Flipboard, I promise.

What do you think of the new Facebook overhaul, and while you are at it, the Spotify integration?

Juha: Interesting. I installed the new timeline by following the developer’s instructions and I must admit I am impressed with the overall design. The ticker is another interesting addition, but not uncontroversial. The ticker shows you what your friends are doing and liking all over Facebook. It’s part ambient conversation, par social spyware. There are good sides, but there appear to be as many bad ones too (1, 2). The Spotify integration is probably a huge development for the music industry. Spotify, and with it the musicians and labels, have gained a potential of 800 million new listeners. The cloud music service has gained over 2 million subscribers since the Facebook integration was announced at f8.

Boris: I think it’s amazing how Facebook managed to reimagine the idea of the profile, next to Juha’s new shiny profile mine looks like it was written on the back of the Dead Sea scrolls. Although I have some serious doubts about some of the privacy implications (I listen to things on Spotify I would’nt want the world to know) and think we need to pay some attention to how we handle this the new profile is going to be huge for the way we consume social news, discover music and recognise social weather.

You both organised something on Wednesday. How was it?

Juha: I organised De toekomst van de krant, the future of the newspaper. It was awesome, thanks for asking. We watched the first part of News War, the PBS documentary about the crisis in the American newspaper industry. After the movie, I interviewed Volkskrant journalist Hans Aarsman, about his thoughts on the subject. He was joined by an engaged audience of media professionals from Het Financieel Dagblad and nu.nl. We had a great talk about the role of newspapers, and the need for innovative and disruptive thinking from within the news distribution model.

Boris: I organised the first editorial meeting with everyone working for VPRO Dorst announcing the changes we are going for on the short and the long term, and to give everyone a long overdue refresher about what our values are and why we exist. The group was huge, we were suprised that when we ordered pizza for everyone no one called to ask if we where sure, the pizzas even arrived on time, this made everyone a bit quiet at first but the heated discussions and inspired that followed where surely worth everything.

I used this meeting and the update I prepared to straighten everything out in our vision and mission, and update what our core values mean. So with renewed ideas and direction, VPRO Dorst moves into the future!

Did you meet anyone interesting this week?

Juha: Yes, I had a wonderful lunch with Lorenzo de Rita of the Soon Institute, one of the most charming and creative men in Amsterdam. I loved his idea of publishing a book of an Italian artist that consists of three years of wiretapping records of his convicted criminal father.

Boris: I just met Lorenzo de Rita, someone I think all of us would like to get close to Non-fiction. A bit surreal though since this morning I rewatched his interesting Picnic talk The Best City Never Seen, and wouldnt have expected to see him in real life immediately afterwards.

Are books still relevant in your life?

Juha: Yes sir! I am glad I am still a reader, however difficult it sometimes remains to find the time or the concentration. I am currently reading A Brief History of the Future by Jacques Attali and The Death of the Adversary by Hans Keilson. I should finish the novel in one stretch, but I got distracted by the book with the great title. I haven’t tried an e-reader yet, also because of the tactile sentiments books still have. But I am sure it will happen soon.

Boris: I don’t read. There are two reasons for this: the first is that I am dyslectic and/or lazy and not I don’t want to plow through a gazillion pages filled with symbols; the other is that I hate stuff, and books tend to at some point transform themselves into clutter in one of the corners of my bedroom.

Luckily there are two solutions for this. The solution for the second problem is easy: eBooks, eReaders and eDistribution. The release of the new Amazon Kindles must make this more within reach, but my iPad also functions fine for reading shorter texts.

The solution to my dyslexia/lazyness is audiobooks. Audiobooks give an experience somewhere between being told a story or interesting concept at a fireplace in a romantic wooden cabin and Kuedo’s new album Severant. The problem with this is that a lot of interesting books (Everyware by Adam Greenfield for instance) do not get released as audiobook. Still a lot of beautiful books are available. I recommend writers with great voices like Richard Dawkins’ The God Delusion or narrators with great sense of language like the reading of The Hitchhiker’s Guide To The Galaxy by Stephen Fry.

Juha:  Oh yes. Cinemas are a thing to cherish. My favourite ones in Amsterdam are the Movies and Kriterion. I miss visiting Lantaren/Venster in Rotterdam, but I promise to get over it.

Boris: I love movies, and keep meticulous ratings on everything I see and a complete list of everything I want to see soon. I find documentairy movies to be a great kickstarter for rapid thinking and cinema films great for getting wild ideas and inspiration. 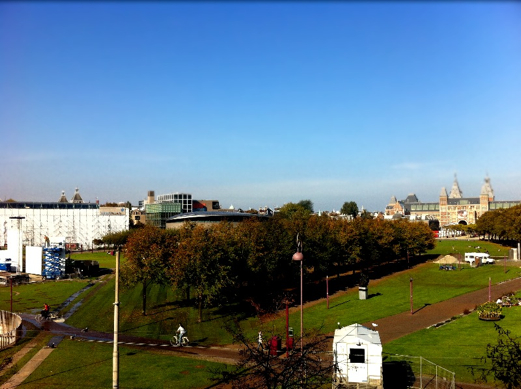 How is the new office?

Juha: It is awesome. You should all come by for a drink on Fridays at 6. We have quite a view.

Boris: Wow, I could live here and I probably would if Juha would just let me move in here. The view, the sounds, the atmosphere and in a few weeks the other tenants will make this the single best office in all of Amsterdam, I’m convinced.