Shedding light on Sinop: images of a city that overlooks its own past

After three days in Sinop, a city on the Black Sea coast in Turkey where we are participating in an ‘urban academy’ to discuss the future of the city’s heritage, we are slowly untangling the complexities of this millennia-old urban center. Here are some first impressions, taking Sinop’s most famous ‘son’, the ancient philosopher Diogenes, as our spiritual guide. 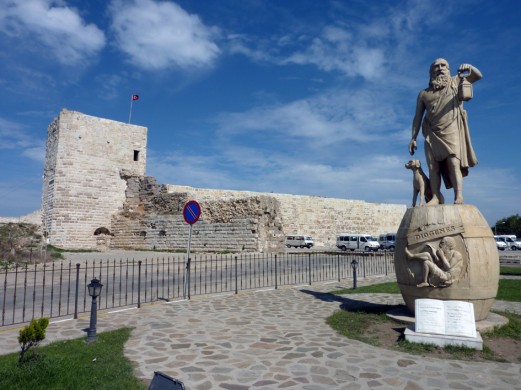 What would Diogenes have asked the people of Sinop if he were to be alive today? The most illustrious of the Cynic philosophers, Diogenes of Sinope (c. 404-323 B.C.E.) serves as the template for the Cynic sage in antiquity. He became notorious for his philosophical stunts such as carrying a lamp in the daytime, claiming to be looking for an honest man. Where would his light guide us today, what will it reveal? 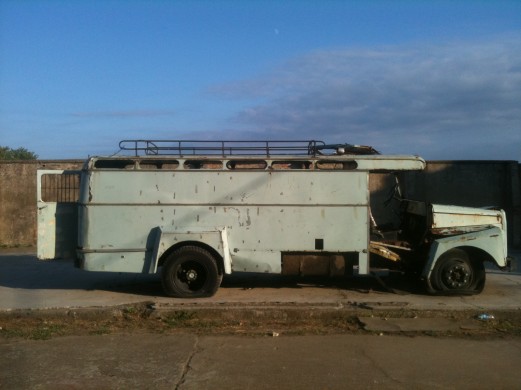 Can this run down and abandoned truck be considered to symbolize or sum up the fate of Sinop’s heritage? Madly photogenic, overloaded with history and poetically appealing, but currently abused and neglected and with no clear plan for rehabilitation in sight. For the last four decades it has been standing on the same spot, next to the main building of Sinop’s old and abandoned prison. Will it ever be able to escape the physical and mental walls of a heritage site in a city that is obsessed with its own past? How can you built a future on a crumbling past and a politicized present? 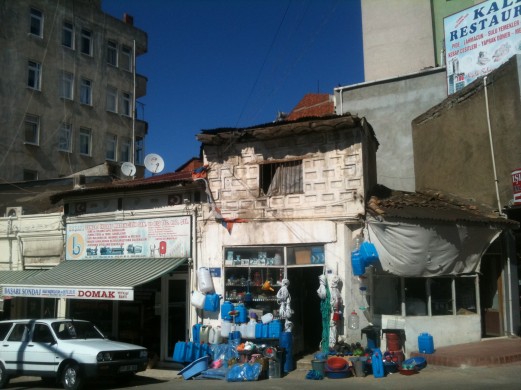 Built in 1935, as is vaguely indicated on the facade, these dwarf buildings are older than most of Sinop’s citizen’s and have superseded the current life expectancy in Turkey, which for years has been hovering around 72 years. They sit on one of the corners of the city’s main street, like old men on a bench. However, in spite of their respectable age and prime location in the heart of the city, the buildings aren’t treated with the same respect as Sinop’s senior citizens are. These 76 year-olds have to work all day, are continuously exposed to harsh conditions and receive no (physical) treatment. Who will take care of these old guys? Or who is brave enough to stop their suffering? 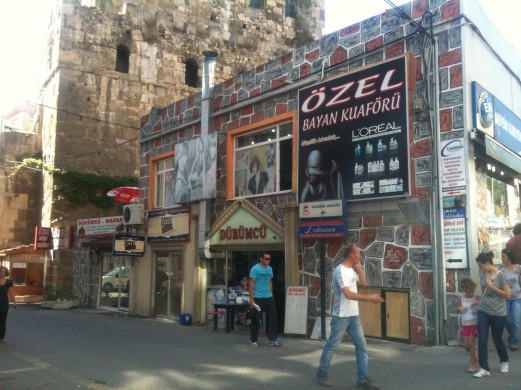 Kitsch or classy? Fake facades cover up generic architecture, resembling some parts of Disneyland and Las Vegas’ infamous Strip. Or is it a praiseworthy attempt to adjust new buildings to their historical surroundings? Either way, the visual effect is dazzling. Elements of ancient temples collide with medieval brickwork, while billboards advertise the latest fashion trends. Impregnable fortress, tourist trap or consumerist church? People don’t seem to care. They get their haircut, eat their dürüm, talk to their friends on the phone, dissolve in the here and now. The old city walls protected the citizens from external threats. Their fake copies open the gates to our inner lust for harmless comfort. 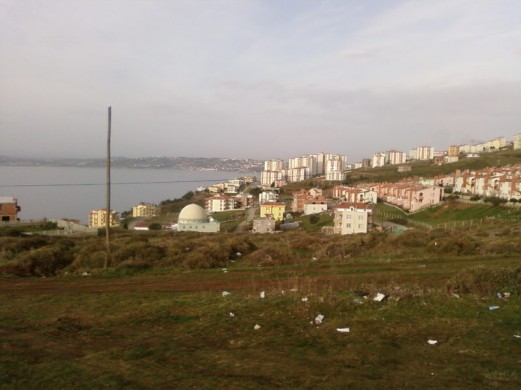 The city crawls up the hill in an unnoticeable, but unstoppable pace. Ignoring the proven quality of the historic center, with its layered and interwoven structure, new construction is venturing out into vast unspoiled sloping grasslands that offer stunning views of the Black Sea. Luckily, this devastating sprawl will come to a halt, stopped by the cliffs that dive down into the sea 200 meters below. Only the majestic hawks that circle high above the peninsula will manage to escape the flood of generic suburbanism. Sinopians should climb up the hill, to the abandoned NATO base where once the Americans had their eyes on the USSR, and they should look down on their ancient city and see and acknowledge the uncontrolled growth of it. Be their own Big Brother and stop the enemy within. 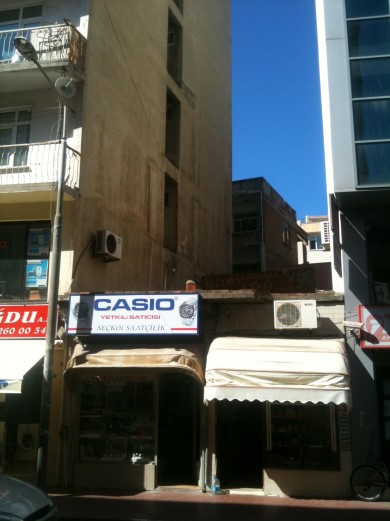 The skyline of Sinop is dotted with holes. Empty plots and one story buildings are tucked in between high apartment blocks, waiting for redevelopment while real estate development is pushed out of the city center up the surrounding hills. Sinop is an ancient city that is afraid to become a modern metropolis, preferring suburban sprawl and rural life over high density and mixed living. Who owns the underutilized land and the dwarf buildings that stand shoulder-to-shoulder with their giant neighbors? And who is preventing these plots from redevelopment? Does someone own the air above them, the right to have an unobstructed view? Big Brother on the hill should tell the little children in the city to grow up. 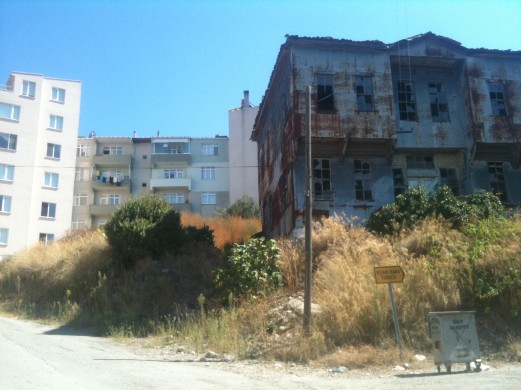 Derelict buildings are everywhere, fragile wooden structures with shattered windows and metal plating, about to fall apart. But who owns them, who is using them, who is looking after them, is anyone even noticing theme? Cats have taken over. Gardens are savagely overgrown, starting to resemble an untouched Arcadia. Buildings stand idle, silent memory machines, cut off from the flow of daily life.  Elsewhere these buildings would have been listed, allowing them to start all over again as a private house, museum or monumental boutique hotel. In Sinop they’re orphans without a foster parents plan. 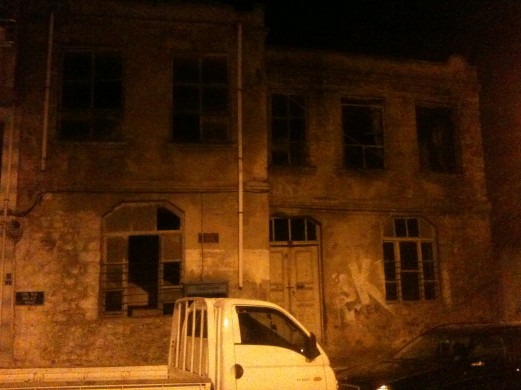 Ghosts from the past come out at night. Ruins that have been left to rot turn every street into a potential crime scene. Hardly visible, they seem to make a final attempt to catch our attention, one last breath before they drift away into dark oblivion. This coastal city needs urban divers and fishermen to rescue these structures from drowning, to lift them from the bottom of an ocean of generic architecture.

Read more about the project ‘Collecting the Future’.