Viral Radio is the experimental electronic music vehicle of Non-fiction’s Juha van ‘t Zelfde and Beat Dimensions’ initiator Yuri Boselie (Cinnaman). It has been organising cutting-edge events in TrouwAmsterdam, Paradiso, Bimhuis and other venues across the Netherlands. Its latest interest is investigating new forms of music distribution and interaction via mobile phones, in collaboration with 3voor12 and VURB. Tonight, they organise their monthly night in TrouwAmsterdam. 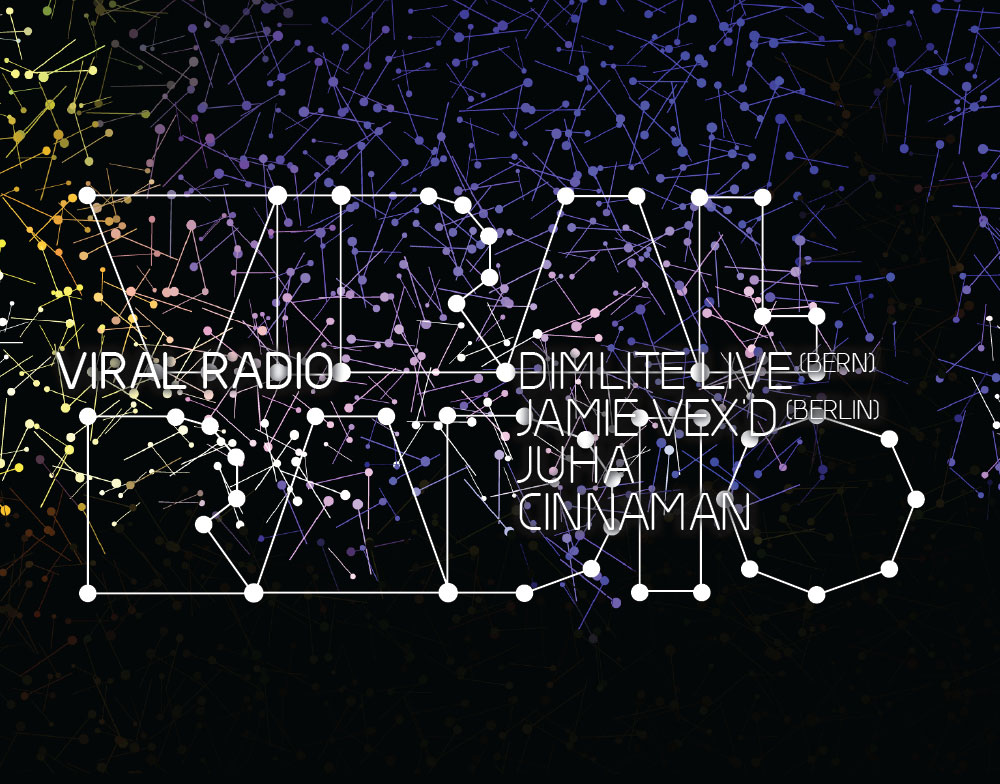 On this month’s edition Viral Radio presents two artists it has been following for years and years: Dimlite and Jamie Vex’d. Swiss born Dimlite (Dimitri Grimm, 1980) is a master of mosaic textures and imaginative drum patterns. He is one of the most admired artists of his generation and a distinguished performer. His concerts at the Bimhuis in 2008 and 2009 rank among the best given there in the past few years. Englishman Jamie Vex’d (Jamie Teasdale, 1979) has gained critical acclaim as experimental dubstep duo Vex’d. They released the album Degenerate on Planet Mu in 2005, a prescient example of forward thinking bass music. Jamie has released solo works that are closer related to the video game and science fiction cartoons aesthetic of Hudson Mohawke and Rustie. He has created the new avatar Kuedo, that will release its first tracks within weeks.It is one of the most anticipated releases of the year.

The evening starts at 22:30, and tickets are 12 euros. As always, Viral Radio hosts Juha and Cinnaman will play their music straight out of the package. We look forward to welcoming you there.