It has been an exciting first year (in beta) for us at Non-fiction, with projects ranging from social media strategies for the Muziekgebouw aan ‘t IJ and Tropenmuseum Junior, via new concepts for an illustrious canal house ánd an ancient castle to a range of workshops in a.o. Ljubljana and Zürich. Together with our friends at TrouwAmsterdam we opened the temporary project space ‘De Verdieping‘, hosting a wide range of cultural and social events. The year ended with a cover story in Time Out magazine, giving our co-created vision of Amsterdam in 2020. The start of the next decade promises to be even more innovative, collaborative and challenging..

At the beginning of the year we worked with the renowned Muziekgebouw aan ‘t IJ, the Concerthall of the 21st Century, helping the organization with their public strategy, new media development and visual identity.

In the months leading up to the summer we organized Aura: an exhibition and a series of events in the historic premises of Castrum Peregrini Foundation, where in WWII young German Jews survived in hiding.

Since March we are responsible for the artistic direction and strategic development of a cultural project space, De Verdieping, in the basement of the Berlin-style club and restaurant TrouwAmsterdam, resulting in a series of lively public discussions, art and architecture exhibitions, experimental performances and film nights in collaboration with half the city (and soon the world).

Around the summer working with the Tropenmuseum Junior (TMJ) in Amsterdam to devise a social strategy for their new exhibition ‘Qi of China‘ and an online game that enables children in the age of 6 – 13 to experience a number of key cultural values in Chinese culture.

Halfway through the year Non-fiction relocated its office from the Scheepvaartmuseum (National Maritime Museum) to the former laboratory of the Netherlands Institute for Cultural Heritage, right in the cultural heart of Amsterdam overlooking Museumplein (Museumsquare).

Next spring and summer we will be organizing several projects at Duivenvoorde Castle, a stately museum-mansion and unique parkland (see below) near the city of The Hague. We received a request from the organization to make a contribution to their yearlong celebration of the museum’s 50th anniversary in 2010.

In the past four years, we have been organizing experimental music events at Bimhuis, Melkweg, De Verdieping and TrouwAmsterdam. These nights are organized under our electronic music label Viral Radio, which has a regular show on Dutch public network VPRO‘s 3voor12.

In december we visited lovely Ljubljana to give a presentation and a series of workshops for the Access to Contemporary Art Conservation conference, organized by the Netherlands Institute for Cultural Heritage in collaboration with Museo Reina Sofia in Madrid and kindly hosted by the Moderna Galerija in Ljubljana.

Non-fiction’s Juha participated an intimate workshop in Cabaret Voltaire in Zurich in his role as editor of Soundmuseum. ‘Audio Art on the Radio’ was organized by the Institute for Contemporary Arts Research of the Zurich University of the Arts, and focused on the question how open, interactive and democratic radio should be?

Recently the Amsterdam branch of the international city periodical Time Out invited us to come up with a vision of the city in the year 2020, so we decided to provide them with a collaborative urban visions by collecting dozens of thought-provoking Twitter-style messages from our friends and heroes from around the world.  The magazine has just hit the stores, so check it out or contact us if you wish to receive a copy!

And we even forgot to tell you about Curating the City, our night long interview series with museum professionals and artists about ‘the museum in the city and the city as museum’ during the annual Museumnight (n8), and about our latest publications and our friends, new and old, and about the birth of Michiel’s daughter and Juha’s hobbies.

Now the ‘noughties’ make way for a brand new decade, Non-fiction is gearing up for yet another year of recession-defying activities and  intelligent pragmatism. We will continu our exploration of the pro’s and con’s of co-creation, social media, urban interventions, guerilla gardening, data visualization, public accessibility, augmented reality, ubiquitous museums and other innovative ideas that will fundamentally change our lives.

And we will jumpstart the new year with presentations and proposals for such diverse organizations as the local municipality, SNS REAAL Foundation, Binger Filmlab, the Zuidas, PICNIC, ICN, Paradiso, Duivenvoorde and ING. And we are happy to receive more inquiries and invitations, since we can always outsource some of our activities to our man in India.

We will keep you updated on our website and on Facebook and Twitter (and here and here), but please don’t hesitate to get in touch with us if you are looking for a stimulating conversation, a good laugh or a place to meet kindred spirits.

Please join us for the opening of the new year in De Verdieping with a special sound performance by our dear friend and multi-instrumentalist Machinefabriek on Wednesday 6 January at 8 pm. And later that month, on Thursday 28 January at 8 pm we are hosting the ’2020 vision’ event at De Verdieping in collaboration with Time Out Amsterdam, showcasing different perspectives on the future of Amsterdam by KesselsKramer, LAgroup, Concrete, Benthem Crouwel and… Non-fiction. 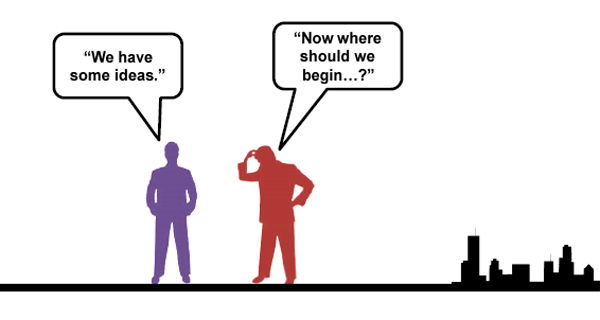