On second day, Viral Radio goes from CDR to MAX/MSP 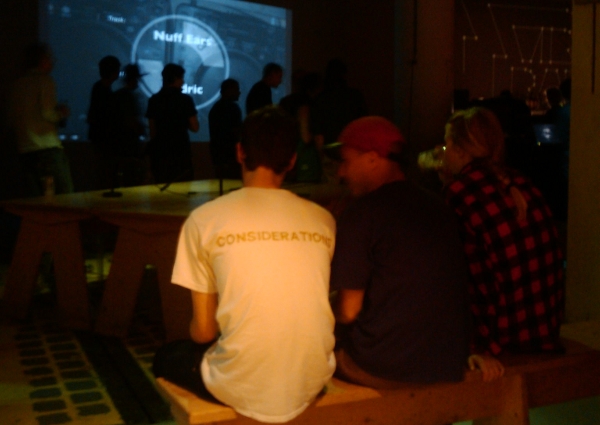 The first night of the Viral Radio Festival 2009 was a modest, albeit incredibly inspiring, success. An intimate crowd of producers, DJs and family and friends visited the first CDR night at De Verdieping. Thanks to everyone for their support, and Gavin, Tony, Mamiko, Hudson Mohawke and Icarus for their involvement. We look forward to the next one, which will most likely take place in August.

The second day of the festival will take place at the Bimhuis tonight, with Icarus hailing from London and Melbourne to bring electronic music by the guidelines of the International Standards for Jungle Music: 175 BPM straight for 12 years now, engineering their hyperrhythmic speed beats with MAX/MSP like scientists at the CERN Hadron Collider. They will be joined by another electroacoustic duo from the UK, Furt. ‘One of the most blisteringly energetic and experimental partnerships over the past twenty years.’ (The Guardian). In the cafe around the concerts we will hear Mrs. Mohawke herself, the ubiquitous Mamiko Motto (Samurai FM/Kindred Spirits).

We hope to see you tonight.